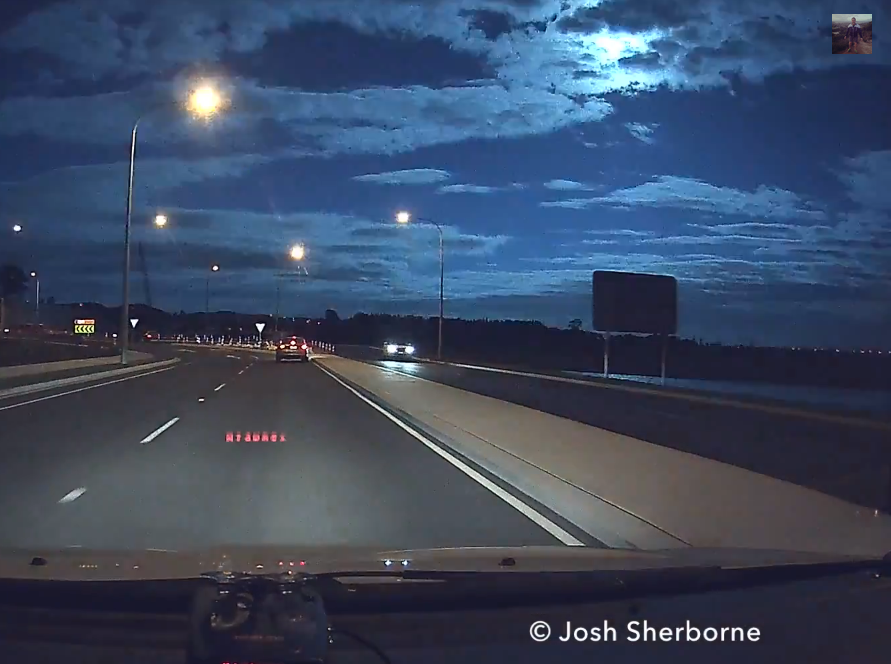 Are dash cam videos 2015’s answer to GoPro videos in 2014? New Zealand-based YouTube user Josh Sherborne was on his way home from the gym when he thought he saw a big flash of lightning in the sky. When he watched the video recorded by his car’s dashboard camera, however, he realized that it was actually a meteor exploding in mid-air.

The New Zealand Herald notes that “dozens” of people apparently reported seeing the meteor on Wednesday evening when it exploded at around 10 p.m. local time.

“This was an exceptionally bright flash of light across the country, with many people saying they heard sonic booms that scared them and the animals,” WeatherWatch.co.nz chief analyst Philip Duncan tells The New Zealand Herald.