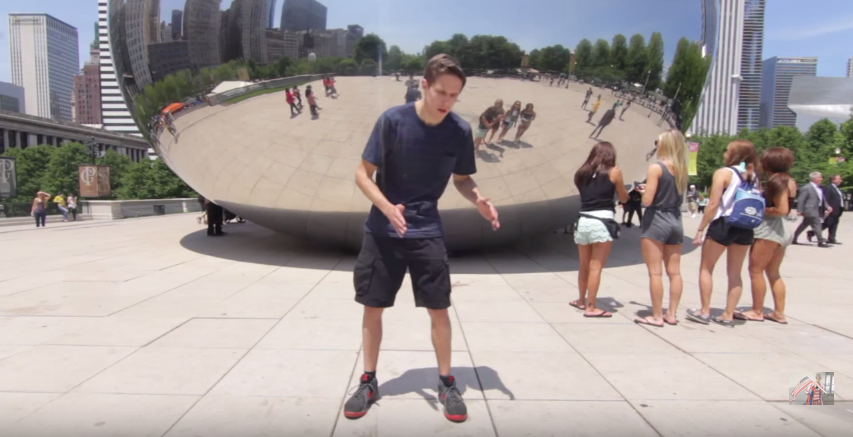 Sometimes you just have to tip your hat to creative people who come up with fun new ways to entertain us. Such is the case with Matt Bray, who created an incredible video that definitely deserves all of the buzz it’s been getting over the past week.

DON’T MISS: How to travel abroad without having to sell your house to pay your cell phone bill

On his YouTube channel “ProjectOneLife,” Bray posted a video of himself doing the same dance routine in 100 different places. Clips of the dance were then edited together with Bray positioned in the same spot in the frame the entire time. The result is a mesmerizing video that has been viewed more than 1.9 million times since it was first posted on YouTube.

“I worked for months on this video to find a song, make the choreography, practice the dance routine 3 times a day to make sure I had it down to muscle memory,” Bray wrote. “I kept switching songs and dance moves but eventually found the perfect combination to create the exact video I had pictured in my head. Overall, I am super happy with how this video turned out and extremely excited for the rest of the videos I have planned for this year.”