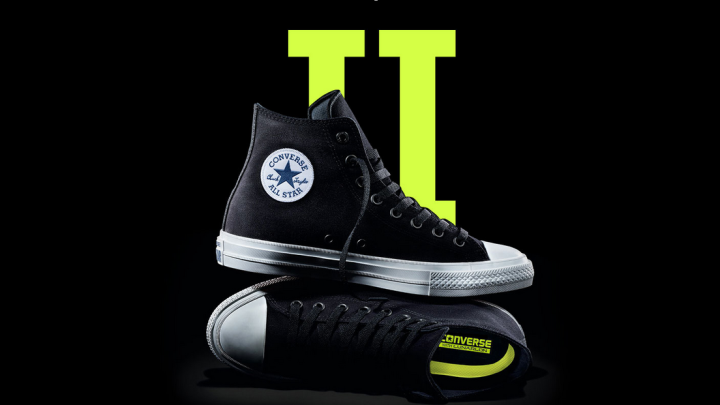 As a depressive Nirvana-loving teenager in the ’90s, Chucks were my shoes. What made them so awesome was that they were both fairly cheap and they never seemed to go out of fashion. When you picked up a pair of Chucks, you knew what you were getting because Converse never bothered to make any superficial design changes to them in a cheap effort to goose sales. Now, however, Converse has decided that Chucks need an update for the 21st century and has given them their first redesign in 98 years.

FROM EARLIER: 15 celebrity Snapchat accounts you need to follow

The good news is that the additions that Converse is making to these iconic shoes are actually quite sensible. One of them is a new “Lunarlon Sockliner” that will add more cushioning and arch support. If you were ever stupid enough to try running in your old-school Chucks during gym class, you paid dearly for it — those were some of the worst shoes for athletic activity in the entire world, as much as I loved them.

Other new features include a “padded non-slip tongue for 360-degree comfort around the ankle and instep”; “super soft micro-suede lining” that’s “perforated for maximum effect”; and “premium canvas for high-quality touch and texture.”

The good news about these shoes is that they still look like the old Chucks we know and love, but they won’t systematically ruin the bone structures in our feet anymore.

All the limited-edition versions of the shoes have sold out so far and Converse hasn’t yet announced a release date for the shoes. In terms of pricing, it seems the low-top version of Chucks will sell for $70 a pair while the high-tops will sell for $75 a pair, which in both cases is a $15 premium over the O.G. Chucks.

Learn more about the new shoes yourself by clicking here.