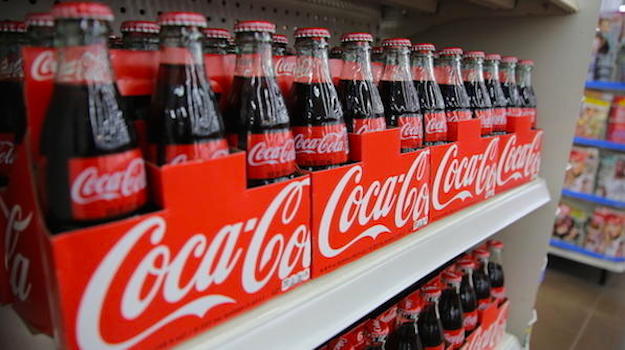 Not to brag, but I’m something of a soda connoisseur. While I admittedly can’t discern the various notes or hints of oak (that’s a thing, right?) in varying types of wine, I’m pretty adept at all things soda related. Which is to say, I enjoy partaking in the timeless art of tossing back a few cans of the real thing every now and again. You can keep your coffee, your trendy tea, and even your horrid Kale juice. Me? I’ll stick with Coke. Want to spend some time talking about why Coke tastes better coming out of a glass than a bottle? I’m game.

DON’T MISS: Man builds incredible DIY overhead control panel for his computer that must be seen to be believed

Recently, a great question popped up online asking why no generic cola has successfully been able to emulate the taste of Coke. It’s a good question, particularly because most other generic soft drinks do a pretty good job of copying the flavor of other brand name competitors.  In other words, how is it possible that generic 7-up or grape soda can fool our tastebuds, yet finding a generic cola capable of mimicking the awesomeness that is Coke remains all but impossible?

As it turns out, there’s a fascinating answer which explains  why competitors have never been able to successfully copy the uniqueness of Coke’s flavor. Now I know what you’re thinking and you’re absolutely right — the answer involves cocaine.

Based out of Illinois, the Stepan Company is the only commercial entity in the United States which is allowed to import coca leaves. With permission from the DEA, Stepan imports upwards of 100 metric tons of coca leaves each year, primarily from Peru. Upon receipt, the company extracts the cocaine from the leaves whereupon they are shipped to Coca Cola.

From there, the transformed coca leaves are incorporated into Coke’s semi-secret syrup recipe.

“Ingredients from the coca leaf are used, but there is no cocaine in it and it is all tightly overseen by regulatory authorities,” Coca-Cola once confirmed to the New York Times.

As for the extracted cocaine, it is subsequently sold to the Mallinckrodt Corporation (a pharmaceutical company) for medicinal purposes.

The cocaine that Stepan derives from the plants is sold exclusively to Mallinckrodt. An official for that company who asked not to be named said, ”We purchase a crude extract and purify it further into one chemical form, cocaine hydrochloride U.S.P.”

That product is sold to hospitals and doctors ”primarily as a local anesthetic used by eye and ear, nose and throat specialists,” she said.

And so there you have it, the reason why generic cola just can’t cut it.