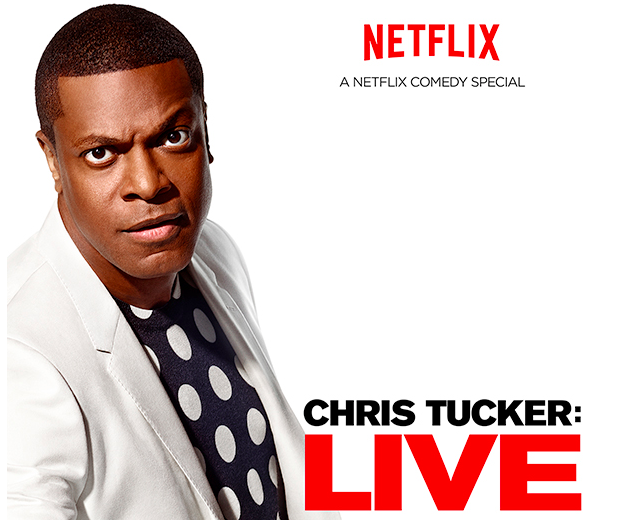 After winning us all over with memorable roles in Friday, Rush Hour and The Fifth Element, Chris Tucker basically vanished from the public eye altogether. He made a brief resurgence for the universally panned Rush Hour 3, but it wasn’t until he found a part in Silver Linings Playbook that anyone really believed he might make a genuine comeback.

Three years later, his appearances have still been few and far between, but on July 10th, Tucker’s first ever stand-up special, entitled Chris Tucker Live, will begin streaming on Netflix. The special was the first production ever handled by Tucker’s own company, Chris Tucker Entertainment. It was also filmed at the Historic Fox Theatre in Atlanta, Tucker’s hometown.

Here’s what Netflix has to say about the special:

“In the special, Chris Tucker returns to the stage he loves and showcases his mind-blowing comedic chops, from his pitch perfect impersonations to his singular on-stage physicality, as he shares his experiences from childhood to the big time.”

“Before people started seeing me in movies, I was doing standup,” Tucker said. “It’s always been a part of me, and now I’m excited to share it with my fans around the world.”

You can watch a trailer for the special below, and then check Netflix on Friday to see the whole thing.