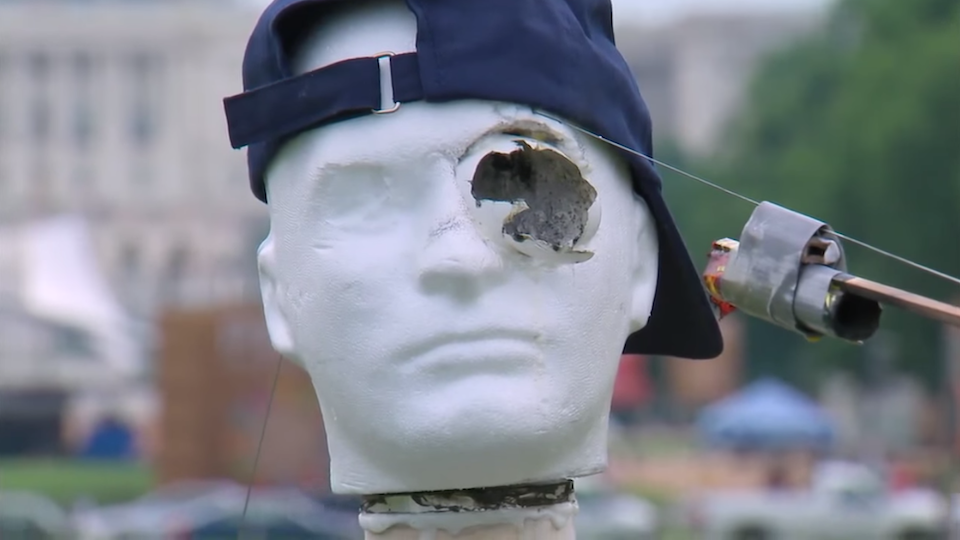 If reports that a man was instantly killed after lighting a firework on his head wasn’t enough to make you think twice about firework safety, the government’s safety demonstration video should do the job. Published early last week, this video from the U.S. Consumer Product Safety Commission (CPSC) showcases just how terrible a firework incident can be.

Elliot Kaye, Chairman of the CPSC, begins the video by running through the three most important rules:

“Even though injuries have gone down slightly, deaths are up,” says Kaye, regarding the latest statistics. “We’re most concerned about the injuries to children.”

As a sane, rational adult, I fully support the idea of taking every precaution before lighting an explosive device on fire, but the presentation that the CPSC prepared might be a little over the top.

If you took any form of driver’s ed class in school, you probably remember the videos of cars going over train tracks just seconds before the train rushes by or miserably acted recreations of teenagers driving way too fast on a winding road. Maybe it’s the mannequins or just the lack of spoken dialog, but this demonstration is far more disturbing than any of those driver’s ed videos.