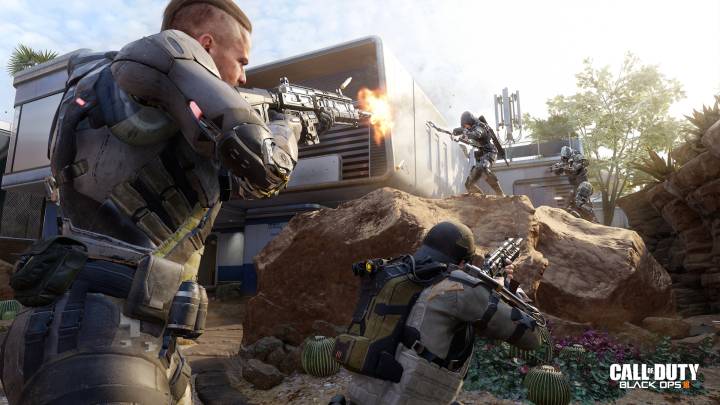 Considering the fact that we’ve had a new Call of Duty game to look forward to every year since 2003, it can be hard to muster up excitement for yet another entry. But having played nearly an hour of Black Ops 3 multiplayer at E3 2015 this year, I have to admit that I’m kind of excited.

DON’T MISS: These are the 10 most beautiful movies ever made

“During the beta, fans will have an opportunity to try the new momentum-based, chained movement system, find the perfect Specialist to fit their play style, get a feel for the new multiplayer maps, and more,” says Activision communications manager Scott Lowe.

Over the next few weeks, Activision will slowly unveil all of the maps and modes that will be playable in the beta, so be sure to stay tuned for more details. That said, providing the content of the beta is similar to that of the pre-alpha we played at E3, you can expect to find at least three classic modes across a few new maps, as well as access to six of the nine Specialists.