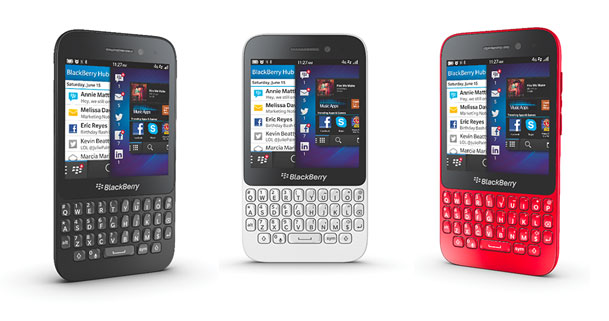 When BlackBerry really began its tailspin in the summer of 2011, the reason was clear. Handsets in the new Bold lineup were too expensive for emerging markets and the cheap Curve phones were suddenly slammed by cheap Android competition. BlackBerry has known for years that its real problem is pricing. It was the Latin American demand shift for low-end Android phones that broke the company’s back two years ago. This is why it’s so puzzling that BlackBerry had chosen to kick off its comeback with two very expensive devices, the Z10 and the Q10. This in turn means that the vendor’s first budget device, the Q5, is absolutely crucial for BlackBerry’s future.

BlackBerry has refused to address the changing smartphone pricing climate for the past three years. The BlackBerry Q5 is the phone that has to finally have a price tag that is competitive in South Africa, Nigeria, Philippines, Malaysia and Indonesia. There is no BlackBerry without a convincing comeback in these core markets.

The problem for BlackBerry is how rapidly the pricing climate is changing. The average selling price (ASP) of BlackBerry’s smartphones was still above $300 as recently as the summer of 2011, despite the fact that it had become dependent on Africa, Middle East and Asia by then. Instead of trying to get ahead of the curve, BlackBerry has spent years launching models priced too high and then being forced to panic and cut prices in order to move inventory.

This simply must change right now. The prices of relatively fancy Android models like Samsung Galaxy S Advance have drifted to the $250-270 range in emerging markets. We are talking 4-inch Super AMOLED touchscreens and 5-megapixel cameras at this level.

Some said back in 2011 that BlackBerry does not compete directly with cheap Android phones, that it is in a class of its own. We now know that was false. BlackBerry was gutted like a fish by cheap, tacky Androids in 2011 and 2012 in emerging markets. It does compete against Huawei, Micromax and Karbonn — and it must face that competition head-on.

BlackBerry simply does not have the luxury to launch the Q5 at $330 and hope for the best. The BlackBerry messaging system is no longer hot. Messaging apps like LINE, KakaoTalk and WhatsApp have been racking up hundreds of millions of downloads over the past 18 months. Many of these app vendors have been notably successful in South Aftrica, Malaysia and Indonesia — the old BlackBerry heartland.

BlackBerry’s messaging system power was built on the foundation of having more than 50% smartphone share in key emerging markets. That network effect is about to vanish in a puff of smoke. The only cure is a low-end BlackBerry priced below $250, preferably below $200 in retail. Is the company wise enough to realize this? Or will it doom the brand by trying to launch the Q5 above $300? We can only hope that there is some glimmer of common sense left in Waterloo.

But is not a good sign that the pricing wasn’t announced today.