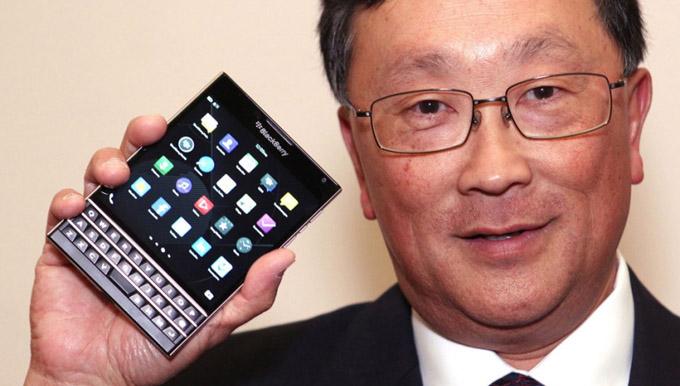 OK, let’s get something out of the way: I think the BlackBerry Passport looks utterly ridiculous. But then again, BlackBerry didn’t design the device for me and that’s not a bad thing. While watching BlackBerry’s presentation on the Passport on Wednesday, I actually came away impressed by how much the company is laser-focused on designing and selling devices to hardcore enterprise users who only want their phones to double as work devices and nothing more.

Every feature that BlackBerry added to the Passport seems designed to appeal to corporate power users, not consumers. Yes, the device is going to be much too boxy and unwieldy for many users. But for users who prize having an accurate physical keyboard, a long-lasting battery, top-notch speakerphone capabilities and a secure way to send messages, the Passport’s appearance might not matter.

Will the average person need to look at spreadsheets on their smartphone? Of course not, but BlackBerry is now smart enough to realize that it lost the average person years ago and will be happy to keep a small subset of customers who still admire its traditional strengths.

Obviously, BlackBerry isn’t going to produce Apple or Samsung-level sales with this strategy. And BlackBerry knows this, too — the company claims the Passport’s target market is roughly 30% of smartphone owners out there, although realistically I think the number is vastly smaller.

All the same, selling hardware right now is only a sideshow for BlackBerry — its real focus is on offering mobile enterprise services and software as its main growth drivers. The BlackBerry Passport won’t sell many units but BlackBerry doesn’t need it to since it’s more of a niche device aimed at a teensy, tiny segment of diehards.

Will this strategy work? I have no idea if the economics are realistic or not but if BlackBerry can carve out a tiny-but-profitable niche of people who are interested in the devices it offers, it will have proven skeptics like me wrong. Given the current situation the company finds itself in, focussing on enterprise software and services while making far fewer devices to sell to the BlackBerry faithful seems like the best possible strategy, even if it’s being undertaken years too late.