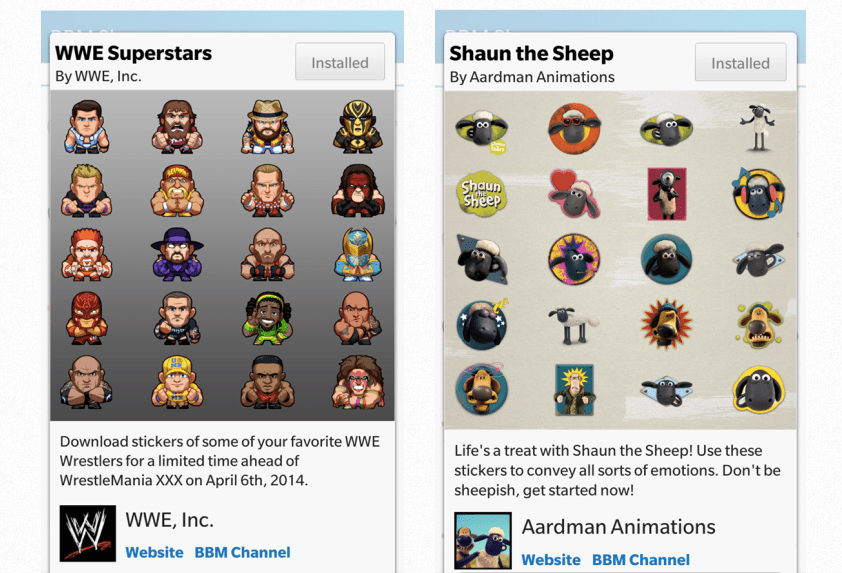 When BlackBerry released BBM for Android and iOS last year, it gave the company a much-needed hit that helped spark hope that the one-time smartphone titan could get a fresh injection of revenue from its popular messaging service. On Tuesday, BlackBerry released a new update for BBM that delivers one of the many ways the company plans to make money from the service: Stickers.

For the uninitiated, Stickers are basically little cartoon characters that replace the traditional emoticons in your BBM chats and make them more colorful and expressive. They’re essentially BlackBerry’s attempt at adding optional in-app purchases that have help companies such as Candy Crush Saga maker King rake in huge sums of cash and interested users can buy packs of them for $1.99 each.

Stickers aren’t the only way BlackBerry plans to make money, of course: The company is also planning to integrate advertisements into the service and will also start offering a subscription-based version of BBM called BBM Protected later this year that’s targeted specifically toward regulated industries that need top-notch security.

BlackBerry announced last week that it now has 85 million monthly active users on BBM, so the company does a big and potentially lucrative base of users that can help it make money as it tries to come back from its near-death experience in 2013.

A video demonstrating how Stickers work follows below.