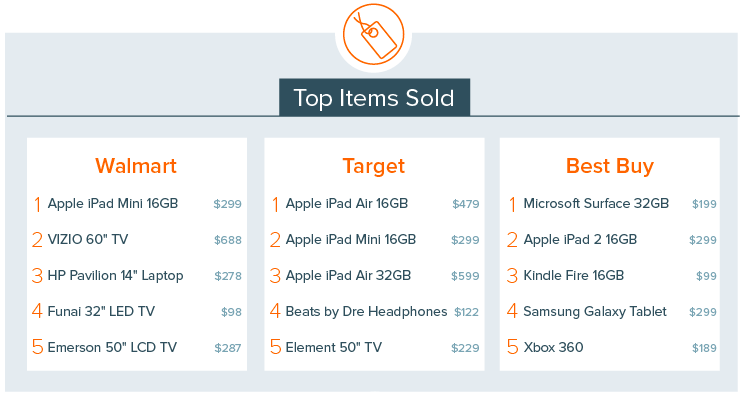 The iPad was a top Black Friday seller, even among Android users. According to a report by InfoScout, about 40% of Black Friday iPad purchases were by Android users. These numbers are certainly good news for Apple. They suggest that Android users are not particularly loyal to their platform and are willing to try out iOS, at least on the tablet. While Amazon, Microsoft and Google tout their tablets, the iPad continues to be the most used device by a long shot, with 84.3% usage.

InfoScout tracked receipts from more than 90,000 Black Friday shopping visits from iOS and Android users. InfoScout uses receipt-scanning technology to track shopping visits in its mobile apps and in third-party apps that license the technology.

According to a new book by Fred Vogelstein, Apple created the iPad in part to maintain iOS’s relevance in the face of Android. In 2009, Steve Jobs recognized that Android would likely surpass iOS market share on smartphones. In response, Apple would introduce the iPad in 2010. With a new device in a new category, Apple would be able to dominate market share and extend its ecosystem. The strategy appears to be working, as consumers continue to buy iPads.