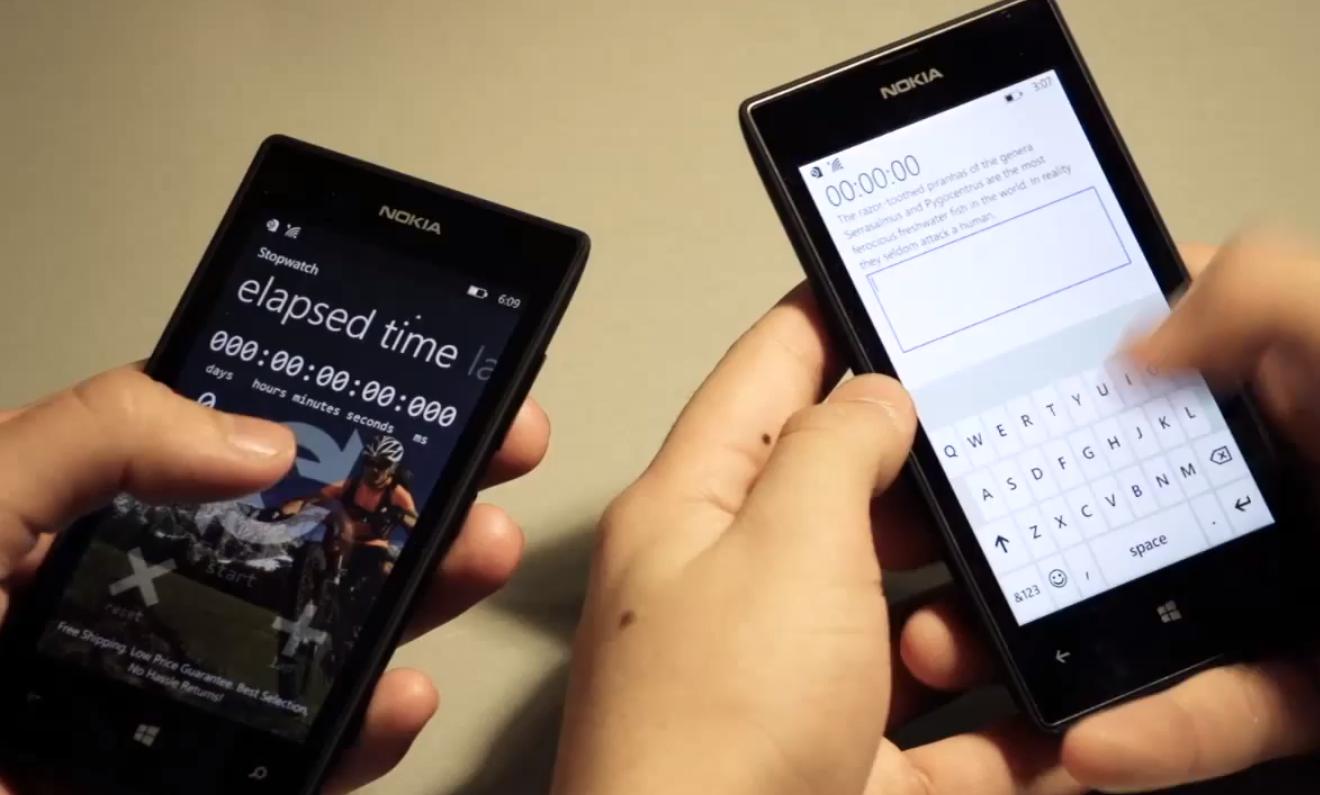 Among the many other cool things that Microsoft showed off at its Build conference this week, one that really caught our eye was a new Windows Phone 8.1 feature called WordFlow that the company says enables faster touchscreen typing than any other smartphone platform in the world. On Friday Microsoft published a video showing its research team successfully using WordFlow to break the Guinness Book of World Records’ official mark for fastest typing on a touchscreen display by typing a 126-letter sentence on a WordFlow-equipped Nokia phone in just 18.44 seconds, breaking the old record of 20.53 seconds. Even if Microsoft’s team hadn’t broken the record, you can clearly see from the video that the new keyboard tech lets you type at an insanely fast rate, which by itself is a major feather in Windows Phone 8.1’s cap. The full video follows below.