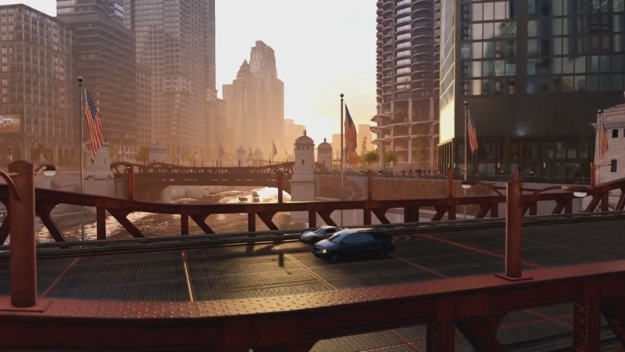 You’ve probably noticed that ever since the launch of the PlayStation 4 and Xbox One, BGR has been expanding its gaming coverage rather substantially, from previews and reviews to features and trailers. We’ve decided to combine some of that coverage to bring you all the week’s best game trailers in one convenient location. Here are the five best game trailers for the week of March 23rd.

This week was a busy one, starting off with a new Watch Dogs trailer. Watch Dogs has been at the center of a few controversies since its reveal, including a debate about whether the real-time graphics live up to the original trailers and a devastating delay that pushed the game out of the launch window. Now that Watch Dogs finally has a release date, you can watch this trailer knowing that the game isn’t too far off.

The Spider-Man property hits its stride two generations ago with the release of Spider-Man 2, one of the best superhero games on any console to this day. Ten (!) years later, several other developers have had their hand at trying to recreate Treyarch’s success, and although many have come close, no one has recaptured the magic of that impossibly fun swinging mechanic. With The Amazing Spider-Man 2 movie tie-in game, Beenox is going to give it one more shot.

Sonic hasn’t fared nearly as well as other console mascots in recent years. As Mario continues to delight gamers of all ages with each new release, Sonic is lucky to avoid being the butt of countless jokes, so Sega is going to try and take some of that Nintendo juju for itself by infusing the latest Sonic game with a little bit of Zelda. This free DLC is now available on the Wii U eShop.

SimCity controversy aside, there’s only one city management series that piques my interest: Tropico. Tropico 5 is going to be the first of the series to appear on a Sony platform, making its way to the PlayStation 4 along with the PC, Mac and Xbox 360. If you’ve never played a Tropico game before, just think SimCity on a tropical island with a better sense of humor. Hopefully some of that comes across in the trailer below.

I’m just gonna leave this here…although I recommend you watch the Dead Island trailer first if you’ve never seen it before. Man, this game, you guys.