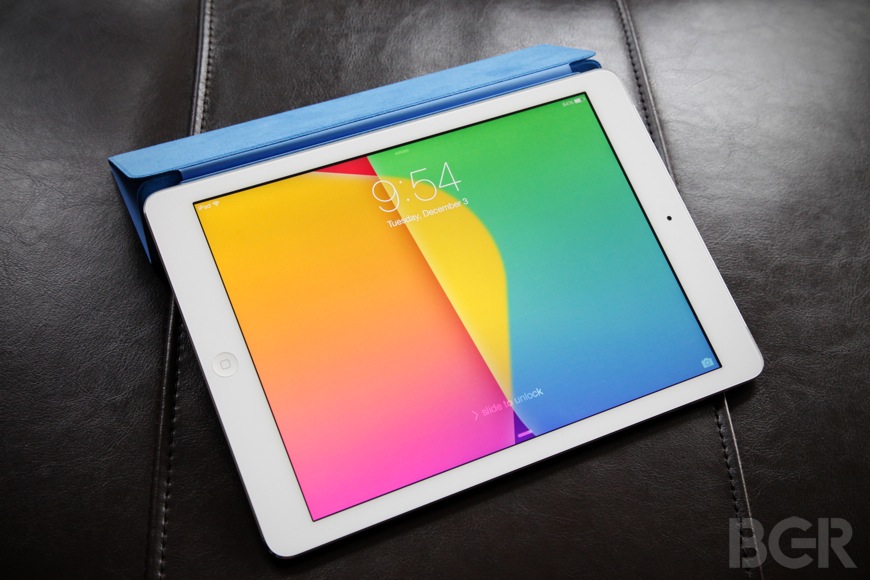 Apple’s 2014 iPad models are incremental updates this year, as we have all expected for months. In fact at this point it seems like everyone knows the drill. The second-generation iPad Air 2 and third-generation iPad mini both feature upgraded specs highlighted by the new A8X processor, and they also finally include Apple’s Touch ID fingerprint sensor that was introduced last year on the iPhone 5s.

Apple fans with last year’s iPad Air or iPad mini might find it a bit difficult to open their wallets for these relatively minor upgrades, but those with a need for speed will definitely want Apple’s latest and greatest. And anyone with an older iPad model or a first-generation iPad mini will definitely want to consider a new tablet.

But don’t let those old iPads sit and collect dust. There are plenty of places you can sell your used iPads to help pay for your new ones, and a roundup published on Thursday shows the best places to go if you want top dollar for your old iPad.

FROM EARLIER: The most comprehensive collection you’ll find of iOS 8 tips and tricks

Used gadget buyer UpgradeSwap obviously has an obvious motive for creating a rundown of popular ways to sell used iPads, but that doesn’t change the numbers. As it has done with other recent Apple device launches, the company used its blog to run through the top places to sell your used Apple devices, and it provides price ranges for each one to let you know about how much you can expect to get.

As always, the most lucrative option is to sell your used iPad directly to another end user. According to UpgradeSwap, current asking prices on eBay range from about $345 to $540, though we managed to find a few 64GB iPad Air auctions with asking prices closer to $600. Of course, you’ll also need to pay eBay’s listing and final value fees.

On CraigsList, UpgradeSwap says asking prices range from $409 to $675.

Among popular used gadget buying sites, Nextworth and UpgradeSwap feature payout ranges that are about the same, though Nextworth’s ceiling is $5 higher with a top payout of $385 compared to $380 at UpgradeSwap.Both services offer price lock guarantees, though Nextworth’s is only good for 30 days while UpgradeSwap will give you until January 1st, 2015 to trade in your old iPad at the current rate.

The full rundown can be seen by following the link below in our source section.