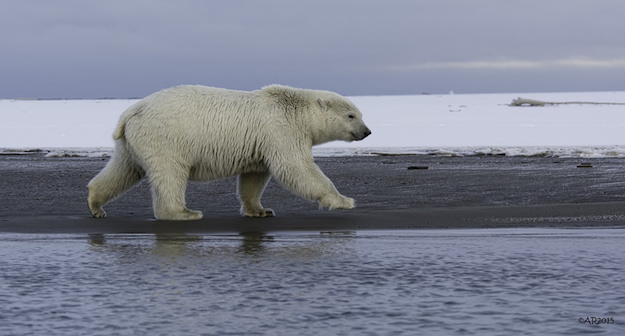 With 2016 just around the corner, a steady stream of “best of 2015” lists have already started to roll in. And with good reason, the beginning of a new year is always a great time to sit back and reflect on the previous 12 months. If you’re just catching up, some of the more interesting recaps we’ve seen thus far include Google’s compilation of the year’s most viewed YouTube videos and Facebook’s summary of the most discussed topics of the year.

Still, with 2015 bringing us no shortage of viral videos, scientific discoveries, political controversies, and technological breakthroughs, sometimes the best way to fully capture the year that was is to take a look at the best photos taken over the past year.

To that end, a number of publications have already started releasing their “best photos of 2015” collections and they are, without exaggeration, stunning.

One of the best collections we’ve seen yet comes from Bloomberg which put together a group of mesmerizing and engaging photos that touch on all aspects of our world: technology, politics, art, culture, sport, nature, travel and more.

Below are two such examples.

First we have this perfectly timed photo of lightning striking the Russian skyline.

This next one one is a personal favorite, and features a South Korean woman waving good bye to a man only visible via his shadow.

Moving along, The Atlantic earlier this week published a list of what they deemed to be the top 25 news photos of 2015. Sourced from the likes of Reuters, the AP, Getty and more, the list does a fine job of capturing what some of the major news events of the last year were.

In the photo below, for example, we see emergency workers in Nepal carrying a victim to get treated following a devastating 7.8 earthquake.

Another collection featuring the best photos that 2015 had to offer can be found at National Geographic, an example of which includes this shot taken of a family in Colorado as a mesocyclone approaches.

And lucky for us, that’s just the tip of the iceberg. Additional “best of 2015” photo compilations can be enjoyed over at TIME – which has over 100 picture to sift through – and CNN.