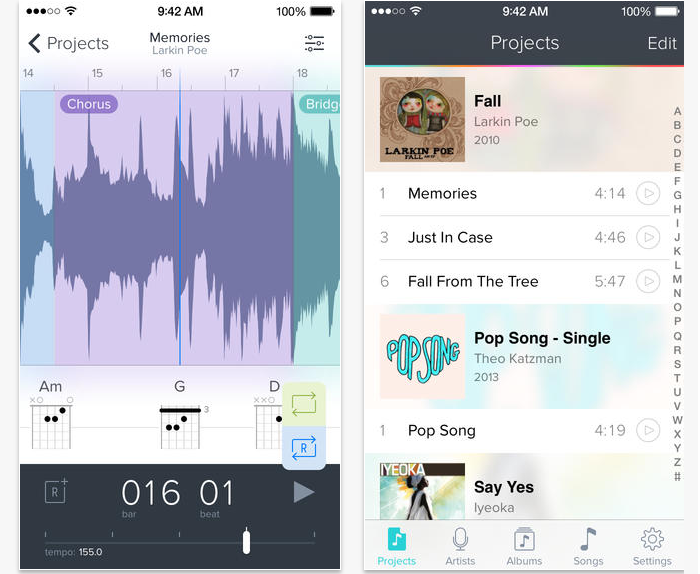 If you play guitar, then you’ll definitely want to check out an incredible new iOS app that can transcribe chords for just about any song you have in your iTunes library. Per 9to5Mac, music software company SuperMegaUltraGroovy, Inc. has just released its Capo touch app for the iPhone, iPad and iPod touch that comes with brilliant software that’s capable of picking out chords as they’re being played in a song. This way, you won’t have to use unreliable guitar tabs on the web that are often either written in the incorrect key or that don’t correctly transcribe songs that use more complex harmonies than those found in the standard major and minor chord progressions.

We’re very curious to try this app out and see just how far we can take it when it comes to transcribing complex music. We have no doubt that it can handle most popular music with ease but the real test will be whether it can accurately give us chord progressions for jazz or classical music. We’ll put it like this: If Capo touch can accurately pick out the harmonies for the Esa Pekka Salonen Violin Concerto used in the “Your Verse” iPad ad, we’ll be extremely impressed.

The app costs $4.99 for a limited time, which is cheap for an app that promises to help you learn how to play all your favorite songs. Check it out by clicking the source link below.