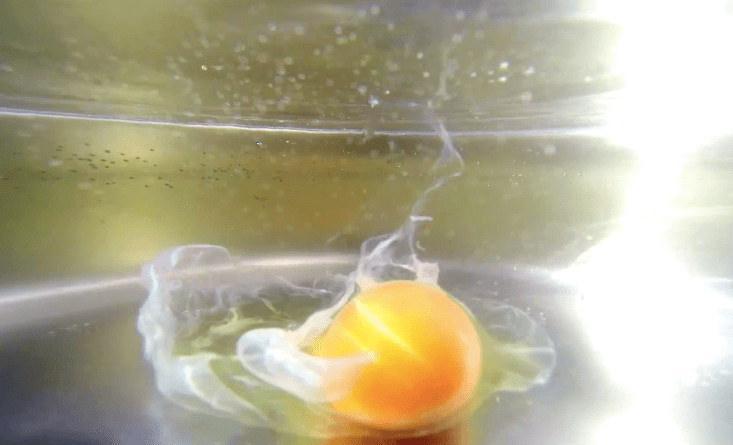 As we’ve mentioned before, 2014 has definitely been the year of wild and crazy GoPro videos but this may be the first one we can recall of a GoPro camera being boiled. A new video posted to the How To Make Sushi Japanese Food Recipes YouTube account shows us some incredible footage of an egg being cracked open and dumped into boiling water where it gets poached over the span of 25 seconds.

FROM EARLIER: Man drops his GoPro camera in the wilderness, watches in horror as it gets mauled by a fox

The person behind the video explained on Reddit that they encased their GoPro with the standard underwater case that comes packaged with the camera before dunking it into the boiling water. However, at some point the air inside the case got too hot and burst open part of the case, thus letting water flood into the camera. The person immediately pulled the camera out and was distressed because the GoPro had seemingly stopped working after being directly exposed to the boiling water.

“When I took it out [of] the case, the LCD screen was blacked out and the camera was very hot and unresponsive,” the person explained. “Honestly thought I broke it, once it cooled down though it started to work again and to my surprise it now works fine and saved the video footage!”