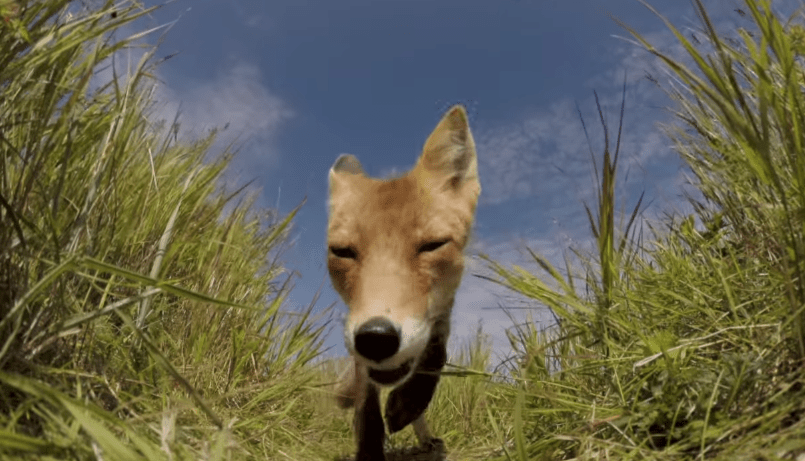 2014 has definitely been the year of wild and crazy GoPro videos and this one involving a GoPro camera’s tragic encounter with a fox might be our favorite one yet. The trouble began when a man took a trip to Round Island, Alaska this summer to film some wildlife and he temporarily placed his GoPro camera on the ground in the hopes of getting some closeup footage of a nearby fox. Big mistake.

The fox promptly grabbed the GoPro camera and ran off with it. The small canine proved to be remarkably strong because it managed to rip some pieces off the camera and seriously damage its lens. Thankfully, the camera was still in workable condition after the man found it and chased the fox away and he found that it contained some great footage of the fox trying to eat the camera.

If you’ve ever wondered what the inside of a fox’s mouth looks like, you’ll get more closeup footage than you’ve ever wanted to see by checking out the full video below.