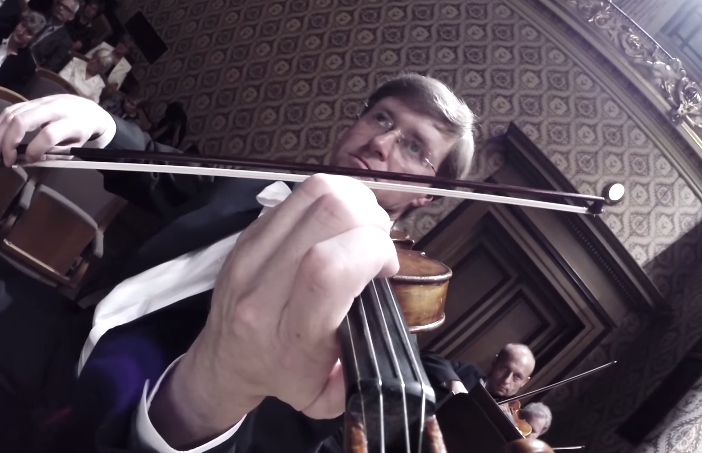 It’s always nice to see orchestras try to embrace new technology to build more of an audience for classical music and the Czech Philharmonic has to decided to take things to another level by using 24 different GoPro cameras to give us a first-hand look at what it’s like to perform in a concert hall as a professional musician.

The video shows the orchestra performing the first few minutes of Richard Strauss’s Death and Transfiguration and it gives you a look from multiple vantage points, including from behind the conductor’s podium, to behind the timpani and percussion section, to directly across from the first violinist. The orchestra says the 24 cameras were “placed among the musicians on stage of the Dvořák Hall and mounted on instruments, musicians, and the conductor himself.”

The whole video is terrific for music lovers and classical neophytes alike and can be seen below.