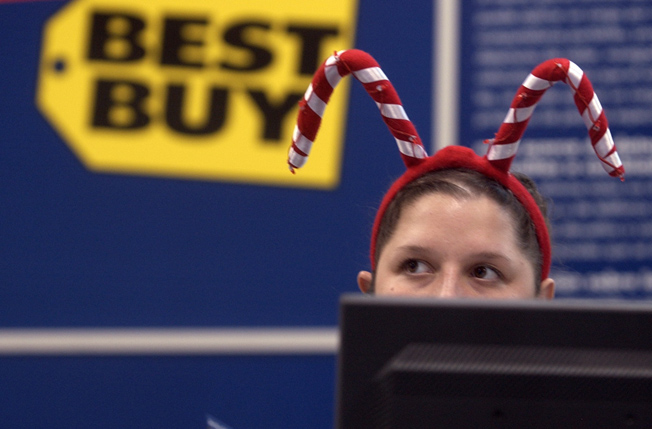 Best Buy shares dipped by a massive -30% on Thursday morning as the initial reaction to its shocking same store sales decline for the Christmas period hit Wall Street. This really was a genuine surprise. Best Buy reported a same store sales decline of -0.8% despite the fact that its same store online sales soared by +23% from the previous Christmas. Back-to-back declines in Christmas sales now raise the possibility that Best Buy is slowly descending into the same secular decline hell where Barnes & Noble currently resides.

Wall Street’s extreme reaction can be partly attributed to the fact that this was a Christmas when two new, expensive and highly successful home game console debuts took place just as holiday sales season roared into high gear. Both Sony and Microsoft hit their early sales targets for their pricey game devices. Nintendo’s 3DS had a strong season. Android tablet variety and pricing was arguably far more appealing than last Christmas.

When is it going to get better for Best Buy? By next winter, the PlayStation 4 and Xbox One may have to be steeply discounted to create excitement. Tablet sales growth is likely going to slow down. Camera and DVD businesses sure aren’t crawling back from the grave.

It is starting to look as though Amazon may be in the process of eliminating all major electronics chains, just as it is wrapping up the demolition of national book store chains. Judging from Amazon’s advertising, affordable fashion and generic grocery stores/pharmacies will be next.

Amazon is turning out to be one of the very few tech companies that can physically reshape American cities.