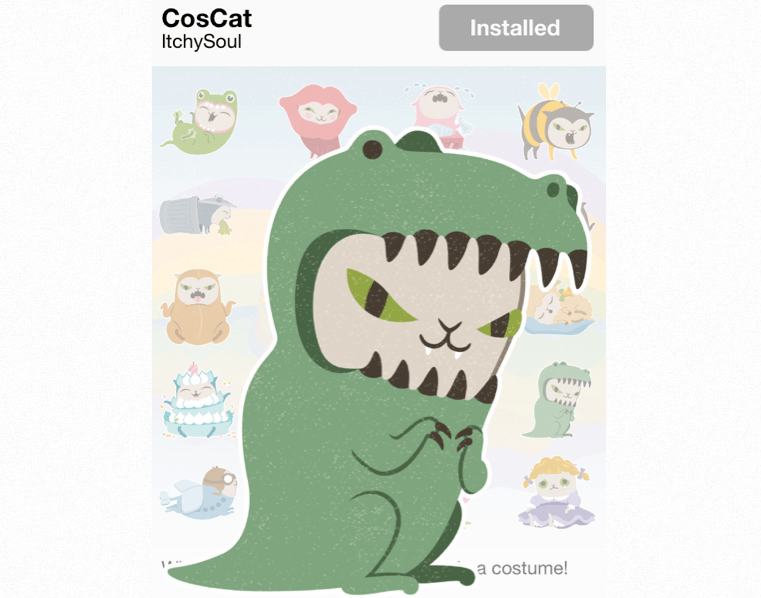 The zenith of Western civilization right now, this week, is a designer of cosplay cat emojis for the BlackBerry Messenger application. Is this reason for alarm or jubilation? How did we get here and were are we heading? Let’s break it down.

8000 BC – Wet conditions in the Middle East after the end of the last Ice Age led to spread of cereal grains in the Mesopotamian valley. With the invention of agriculture, the first truly specialized profession was born: The farmer.

4000 BC – Mesopotamia is on a hot streak. A couple of millennia of agriculture led to the development of increasingly sophisticated urban societies. This required written languages to maintain records of inventories. Earliest examples were from Uruk. The profession of the scribe was born. This represented a huge leap from being a farmer, since it required abstract thinking as opposed to whacking oxen with a reed whip. It took forty centuries for the humanity to make this leap.

550 BC – Middle East again. The most credible claim for developing a postal system involves King Cyrus the Great. The network for delivering mail was also involved in intelligence gathering and taxation. The ur-NSA/IRS/UPS infrastructure represented another major breakthrough. Now there was a specialized profession for moving information around, not just recording it.

1832 AD – Recording and delivering information reached a gigantic milestone when Baron Pavel Schilling invented electric telegraph in 1832. It kind of sucked and he was Estonian, so British and American inventors ended up hogging most of the glory regarding telegraphy in following decades. But this was a big deal, because information could now be sent across distances in electric form.

Professions like telegraph operators and electric engineers were born. These were increasingly specialized and esoteric jobs. Yet they still dealt with developing and maintaining infrastructure for disseminating messages, not content creation. We are still nearly a century from cat cosplay emoji designers.

1947 – Major conceptual advances no longer take hundreds of years or millennia to arrive — less than 100 years after invention of telegraphy, Bell Labs proposed a cellular radio telephone network. This was an important step, because though radio and television have started broadcasting information over airwaves, one-on-one communication had been tied to landline phones or slow and archaic letter or telegram systems. Instantaneous communication via portable devices is arriving.

1993 – Less than 50 years later, a Finnish engineering student sent the first text-message originating from a mobile phone. The global center of innovation has moved from Uruk to Espoo, a sleepy suburb of Helsinki, where a company called Nokia has entered a brief but spectacular period of innovation. Between 1993 and 1997, Nokia moved text-messaging into the central position in the mobile handset’s user interface, triggering a global craze of mobile text messages.

By end of ’90s, humanity has spawned a strange new creature — the mobile content developer. This hyper-specialized individual dreams up new products like SMS horoscope services. People are not only using their mobile phones to communicate with each other – they are buying something called “mobile content.” This concept is rather abstract, but still linked to real world products. SMS news services package newspaper stories into small snippets, for example.

Other messaging apps take off over the following five years: LINE, KakaoTalk, WeChat… and BlackBerry Messenger. Mobile content is becoming a major industry employing tens of thousands of people. Some of the content is becoming increasingly esoteric, not merely news or games.

2014 – Messaging apps are no longer used to exchange text messages and photos. They are now used to spread stop-motion animations about fictional characters in inappropriate situations, churn out rumors about personal misconduct of widely known people… and employ emojis.

Emojis are pictures or animations amplifying or modifying textual information. Increasingly sophisticated and jaded consumers seek ever more thrilling emojis to appear clever or original. A new profession is born.

There are now people developing cosplay animal emojis for mid-level messaging application platforms. Cosplay is a form of communal activity that became popular in Japan decades ago — it involves people dressing up as fictional characters. Its popularity spread to North America roughly at the same time as sharing pictures of domestic animals in comical or touching situations started consuming much of the leisure time of consumers.

Designing cosplay cat emojis thus combines no fewer than three recent trends currently important to sophisticated urbanites.  It is a profession that would have been impossible to even explain a few years ago. We are dealing with an elaboration on an elaboration on a communication method that was basically invented five years ago.

The modern messaging app was born in 2009. Selling symbols meant to modify messages on these platforms in 2014 is a $1 billion business. WeChat, LINE, BBM and other messaging platforms now have a cumulative acting user base soaring far above 1 billion people.

The pace of creation of new, super-specialized professional niches is accelerating at a stunning speed. Whether this is a really cool trend or a symptom of fatal decadence is the question.

As power and wealth was concentrated in the hands of elite wrapped up in daily activities entirely removed from the actual survival of the civilization, the collapse became inevitable, no matter what the ultimate trigger turned out to be. Mayan astronomers developed elaborate calendars able to calculate celestial events thousands of years in the future, with associated religious doctrines and prophecies of fantastic events.

We now have cosplay cat emoji designers for the BlackBerry Messenger platform. Are they an echo of the Mayan priesthood, a symptom of a culture so self-referential and indulgent the very structure of civilization has started to buckle and warp?

Are these innocent-seeming animated characters really a last desperate warning before the grand collapse? A sign we are too blind to interpret?