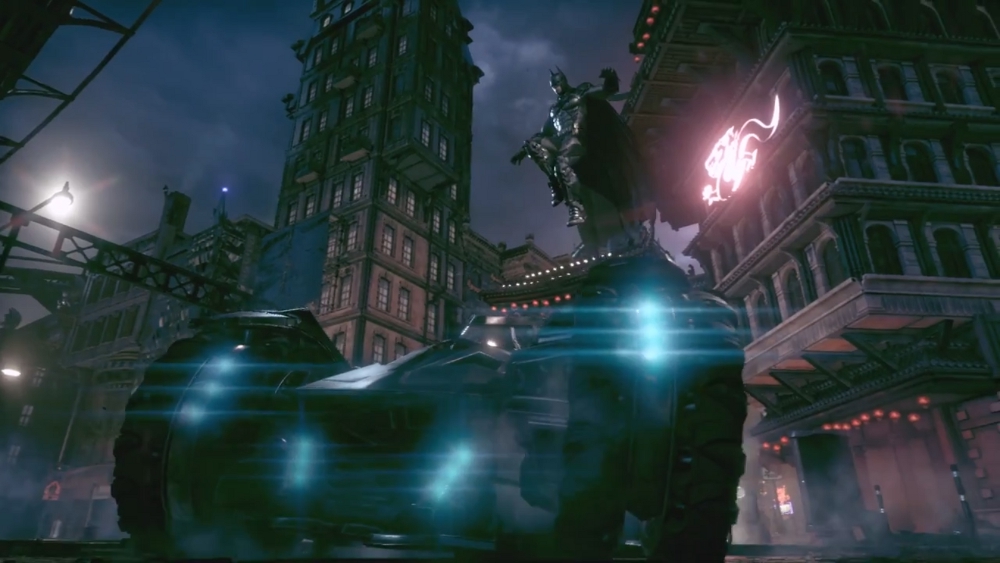 We got a pretty good look at Batman: Arkham Knight in the initial cinematic trailer, but if the latest gameplay footage is anything to go by, the final entry in the Arkham series is poised to benefit greatly from its transition to the new generation of consoles. One of the most enticing additions to Arkham Knight is the Batmobile, Batman’s trusty tank which also appeared in the very first image of the upcoming Batman vs. Superman movie. In the new trailer, we get to see just how versatile the vehicle is as it smashes through traffic, scales the side of a tunnel and launches Batman into the air.

As in previous entries to the series, Batman will be up against the entire Rogues Gallery of villains in Arkham Knight, but this time Scarecrow will orchestrate the master plan. With the inclusion of the Batmobile, expect an even more expansive representation of Gotham this time around, along with even more threatening criminals roaming the streets.

Batman: Arkham Knight doesn’t have a release date yet, but it will be available for Xbox One, PS4 and PC later this year.