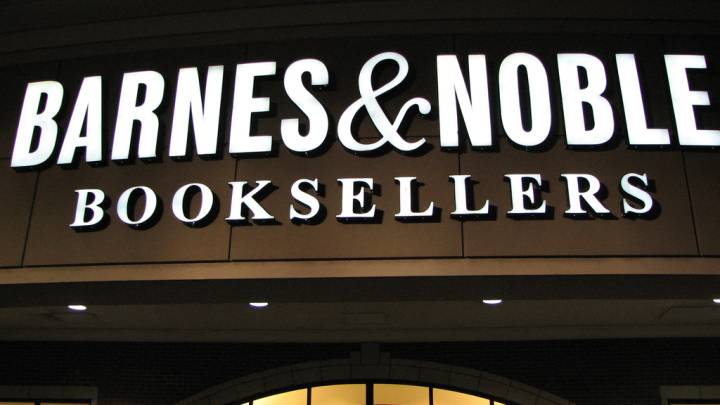 Barnes & Noble (BKS) warned about the Christmas quarter a while back, so we knew things were heading south. Yet the numbers still have the power to shock. As a Nook owner, I am now starting to get that queasy Betamax feeling; Nook volumes actually declined year-on-year. The true horror here is that Nook revenues declined by more than 12% — a steeper slide than what B&N’s total sales showed. This means that combined digital content and Nook device sales are now shrinking faster than traditional hardcover and paperback sales.

This is fairly disastrous, because B&N launched a highly ambitious and well-reviewed tablet version of Nook for the Christmas season to complement its eBook lineup. The cheapest Nook HD+ tablet costs just $269, which should be appealing for a 9-inch tablet with a 1,920 x 1,280-pixel LCD display. The Glowlight Nook with great new E-paper display technology was priced at just $119 for the winter shopping season.

These are really, really low prices. Barnes & Noble is the last national chain of book stores in America. And its eBook strategy simply isn’t working. This was the Christmas when the earlier collapse of the Borders chain should have boosted Barnes & Noble’s fortunes. Instead, Nook volumes declined and retail segment revenue crashed by 10.9% compared to the previous Christmas. Now, both brick and mortar as well as digital sales are spiraling down.

It is now clear that Barnes & Noble is about to be demolished by Amazon (AMZN). The Kindle Paperwhite is priced at $119 and the Kindle Fire HD is priced at $299. These price points are nearly identical to the directly competing products from Barnes & Noble… and Amazon is winning big with rough price parity. Could Barnes & Noble perhaps cut eBook and tablet prices sharply to compete? No. It simply cannot afford a price war against deep-pocketed Amazon.

It’s a pretty pickle. Damn, I should jumped into the Kindle camp two years ago.[bgr-post-bug]