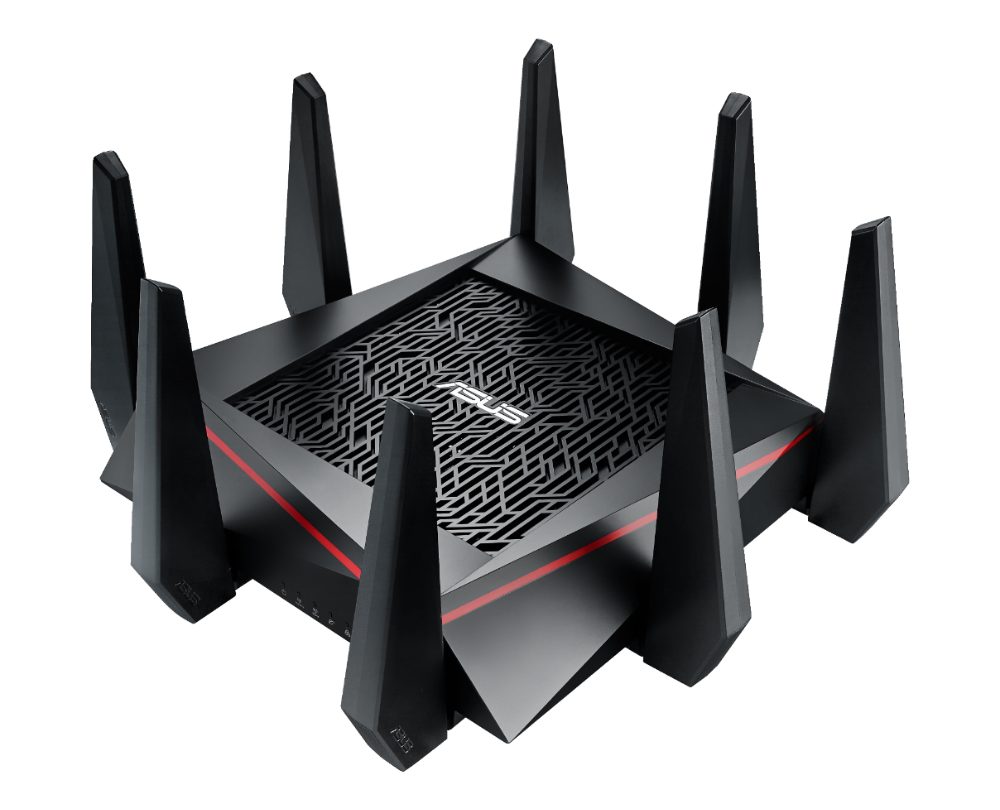 The recently unveiled OnHub wireless router is one of the most surprising products to come from Google this year. In case you haven’t heard yet, the device is supposed to improve your Wi-Fi experience thanks to various neat tricks – read about them here. But Asus just announced a new router of its own that’s ready to challenge all rivals, including Google’s OnHub.

Unveiled at IFA 2015, the RT-AC5300 doesn’t have a user-friendly product name, but it’s supposed to deliver the fastest Wi-Fi performance in the world. Not to mention that its alien-like design makes it look pretty sleek too.

The device has eight antennas arranged in a four-transmit, four-receive configuration. Asus says the router has improved Wi-Fi range and signal stability, reaching up to 500 square meters.

The RT-AC5300 has impressive speeds too and gets you up to 1000Mbit/s on the 2.4GHz band and up to 2,167Mbit/s on each of the two 5GHz bands. That’s a combined total of up to 5334Mbit/s that’s supposed to offer users a “low-latency gaming experience and ultra-fast 4K/UHD video streaming anywhere in the home.”

Pricing details and release dates for the RT-AC5300 aren’t available yet.