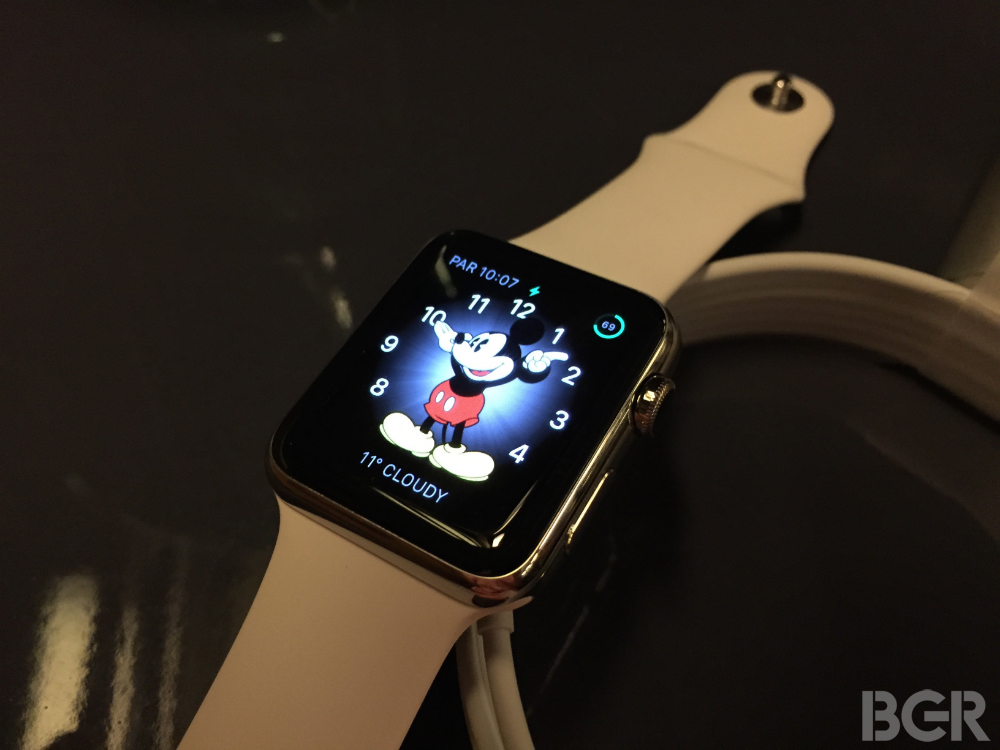 The first rule of Apple Watch: Never use it as a phone while in public without a headset. Never, ever!

The second rule of Apple Watch: Never talk on the Watch when you’re all by yourself either. Never! Well maybe sometimes. Or when you’re driving.

These are my current rules anyway, and they’re subject to change without notice. But read on to find out what it’s really like to talk on the Watch.

DON’T MISS: Tesla home battery: What it’ll cost you to keep your iPhone online during blackouts

On a serious note, yes, the Apple Watch can be used as a phone when near your smartphone, but that doesn’t mean it’s a comfortable thing to do for longer calls. Not to mention it’ll take a toll on battery life the more you do it during the day.

I broke the second “rule” above for purely professional reasons: I had to test out the feature so I can tell you how it works.

All in all, talking on the Watch was a good experience. I happened to do it at the end of jog after testing the default Workout Apple Watch app in a partially wooded area where I didn’t exactly have great cellphone signal reception. Not to mention I was roaming at the time as well, so these weren’t perfect testing conditions for the Watch’s call feature.That also means the Watch was connected to my iPhone 6 via Bluetooth at all times. Remember, without the iPhone you won’t be able to talk on the Watch, as the device doesn’t have cellular components such as a SIM slot of its own.

Making calls on the Watch is very easy, and mirrors the same functionality of the iPhone. You already have default Contacts and Phone apps on it just like on the iPhone, not to mention that the second button of the Watch can be used to quickly pull up the list of your favorite contacts on the screen, just as they’re saved on the phone.

I initiated a call from the Favorites screen and talked for some 10 minutes on the Watch, with the wrist at various height levels. But I found myself holding it close to my mouth almost all the time, to make sure that my dad, the recipient of my first Apple Watch call, would hear me.

The voice quality of the phone call was great when not affected by signal loss, but there was no ambient noise to deal with during it, as I was walking through a rather quiet neighborhood. I could easily make myself heard and hear the person at the end of the line. The call did not drop even while experiencing signal issues, and we were able to continue our conversation while dealing with intermittent signal inconsistencies – yes, there were a few “can you hear me now?” moments through it.

Holding the Watch up for 10 minutes isn’t ideal though and you’ll easily get tired. On the other hand (pun not intended), using the gadget for very brief calls might save you some time. Making Watch-only calls throughout the day will significantly diminish battery life though – Apple says you can talk for up to three hours on the 38mm model, probably a little more than that on the bigger 42mm model.

Overall, I won’t be using the Apple Watch as a phone from now on mostly due to privacy concerns and respect for others around me when in public. Imagine what happens in a public place once Apple Watch wearers start talking on the device, especially if they don’t use a Bluetooth headset with it. It’s like using the phone on speaker mode with others around you.

That however, is just my take on it, and there may be plenty of instances where talking to the Watch might be more than acceptable, even advisable, when it comes to making and receiving calls. Responding to messages using Siri and issuing commands to the voice assistant are also other ways of talking to your Watch. Of course, these are all things you could do with just the iPhone.