How to live stream the big Apple event on March 9th 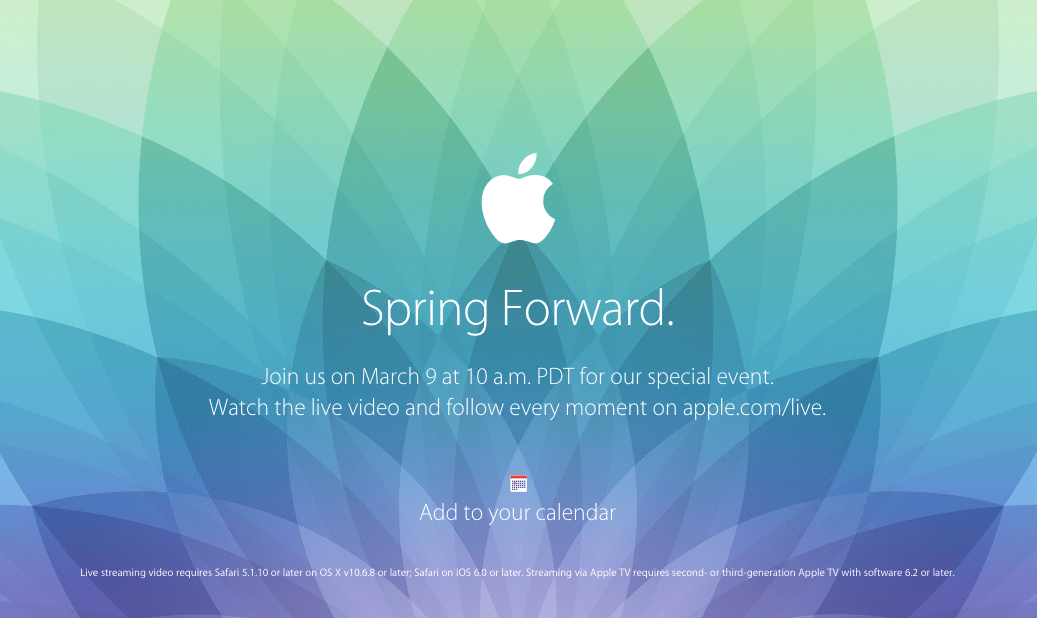 Following months of anticipation, Apple has finally announced that it will host a special event this spring. Invitations were sent out earlier today, and now the official website has been updated with details for the live stream.

If you want to be one of the first to hear more about the Apple Watch next month, just head to http://www.apple.com/live/ on March 9th at 10 a.m. PDT / 1 p.m. EDT. Apple will have a live video running and might be uploading some of the highlights from the event to the site as well.

If you’re afraid you might forget about the event, Apple has even included a handy link to add it to your calendar. That way, you can set an alarm for 30 minutes before the event begins and find someway to put your work on hold for an hour or so.

As always, the live stream will only be viewable on the Safari browser on your computer and iOS device or on a 2nd or 3rd-generation Apple TV.

Be sure to direct your browser back to BGR on March 9th as well — we’ll be covering all of the news coming out of the event as it happens.