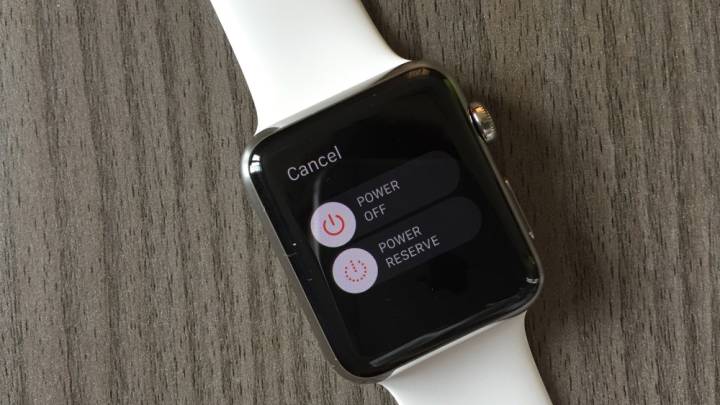 I’ve now spent three weeks with the Apple Watch, a device that’s slowly changing the way I use my iPhone. The device has one major drawback though, and it’s battery life. After testing the device and its features in the first days after buying it, I came to realize that battery life is much better than what Apple promised, but you’ll still have to charge it on a daily basis.

I set out to see how long the Watch can last on a charge and while the results seem impressive, I discovered that I’m not thrilled with the idea of pushing its limits.

I managed to get 41 hours of usage out of the Apple Watch on a single charge, but I never want to do it again.

Apple’s estimates for the 38mm model say the Watch can be used for about 18 hours on a single charge. I found the battery on the 42mm model, which is slightly bigger, can easily last for more than 30 hours on a charge without limiting the way I use it. In the first days of testing the new toy I used it just as it came out of the box, without messing with any of the settings that can be tweaked to maximize battery life.

However, I also found there are ways of increasing battery life – see my 25 tips and tricks to improve Apple Watch battery life without compromising the experience – and I used many of them to see how much the Watch will last.

I chose a more boring watch face with fewer complications, I removed the passcode and I reduced the number of notifications coming in and customized alerts for calls and messages. Then, I lowered the sound, vibration level and brightness of the screen, and I disabled the Wrist Raise feature.

I also enabled silent mode when notifications were not needed, I turned off Hey Siri, and I disabled alarms. In fact, I turned the Watch off completely at night, thinking I wouldn’t need it anyway after turning off the alarm, which I might not even hear or feel after tweaking sound and haptic feedback.

What I didn’t stop the Watch from doing was tracking fitness and recording my heart rate during workouts, though turning these features off would surely add even more hours of life to the Watch.

I still used the Watch as I did before tweaking these settings. I received notifications, checked the time regularly, and got health-related alerts. All in all, I didn’t compromise my Watch experience. Or so I thought.

The Simple watch face I picked, while useful, was too boring for my taste, especially since I dialed down on the complications that give me additional information when checking the time (including but not limited to battery status, activity goals, weather and calendar, to name just a few possibilities). Not to mention that raising my wrist became a fruitless gesture. Instead of having the time appear on the screen, the display stayed dark, requiring a button press or screen touch to display the time.

However, because I disabled sounds on some notifications, and reduced the vibration level of the haptic feedback, I did miss out on some alerts — particularly during workout sessions, which isn’t something you necessarily want.

I also didn’t appreciate having to turn off the device at night, as I found the Watch’s alarm to be quite a pleasant way to wake up.

But finally, what annoyed me most was that the Watch actually died during a run, which means I lost stats for more than half of my workout. I thought that going into a run with 12% battery life would not be a good idea, but the watch died before I was finished. I wasn’t even using it to play music or anything — only to record my workout.

So there you have it. The 42mm Watch can go for 41 hours, maybe even more, with some simple tweaks and changes that dial back some of the less important features. But I didn’t like it one bit.

Sure, this knowledge might come in handy the first time I forget to pack a Watch charger with me. But I won’t do it again unless I have to. I have reverted the settings I mentioned before back to default alerts, and I haven’t turned it off at night anymore, even if that means having to charge the Watch more frequently than I’d like to.