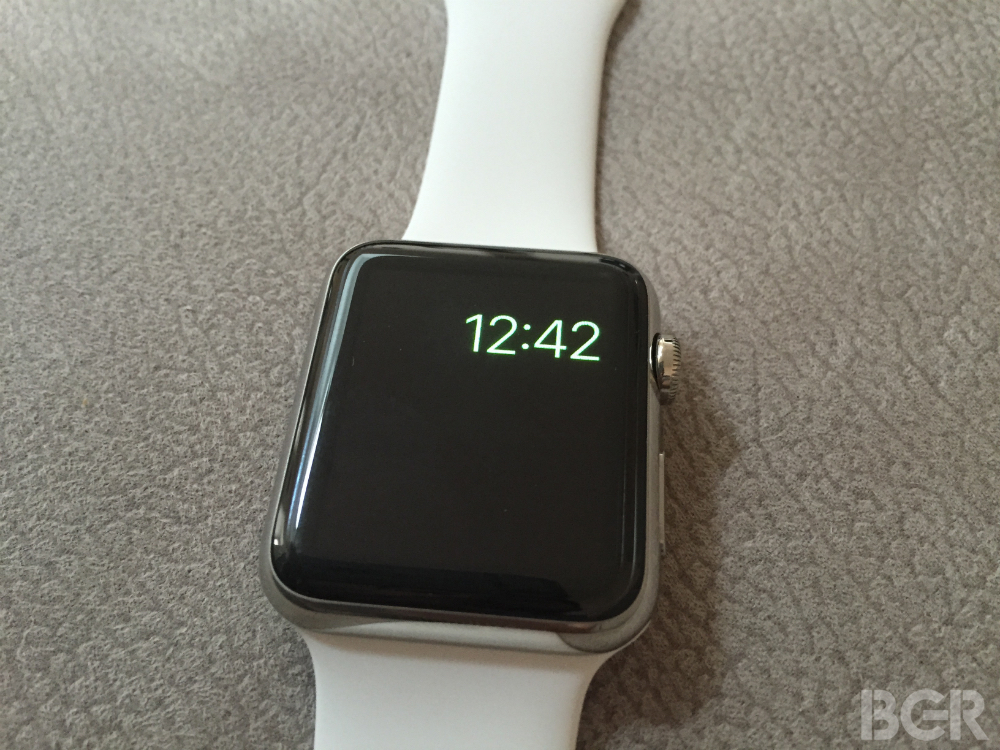 Apple’s first smartwatch is definitely impressive, but the product is far from perfect. There are many things to like and dislike about it, but there’s one thing that’ll annoy many users more and more as time goes on.

It’s not the fact that you can’t buy it yet, or that it’s too expensive, though it is aggravating that many Apple fans haven’t been able to buy one yet because it’s not available in stores.

It’s not the design, and it’s got nothing to do with the way it feels on your wrist. It’s also not the fact the stainless steel Apple Watch model scratches easily, or the fact that third-party apps are yet to offer you the flawless experience you’d expect from an Apple device.

It’s not even the learning curve, which includes getting used to the way the Digital Crown, Glances and Force Touches work, and it’s not even the notification hell you might suddenly find yourself in.

These are all things that should be fixed in time. The Apple Watch will be available in stores, and you’ll find cheaper used models in the coming months, once supply catches up with demand. You’ll learn its secrets and tricks the more you’ll use it. Developers will get better at making apps, and Apple will likely work even harder on build quality – the Watch already is one of the best smartwatches around, if not the best, from that point of view.

The absolute worst thing about the Apple Watch is far simpler, and it won’t surprise you: it’s the device’s battery life, and I’ll explain why.

The fact that I have to charge the device daily isn’t a big deal. I already do that with other gadgets. I have an external battery pack ready to supply plenty of juice to my iPhone when I’m out and about, and I keep my MacBook plugged in throughout most of the day. And that’s absolutely fine in my mind; this is how these toys are supposed to work.

Apple’s 42mm model will deliver far superior battery life than Apple’s own estimates that apply to the 38mm. I’m also happy to carry an extra adapter charge the Watch in a pinch.

But with the Watch it’s different. The Watch is Apple’s most personal device made to date, and you have to wear it all the time in order to truly enjoy all of its benefits. The Watch sits on your wrist, and that’s where it stays when you operate it. Smartphones, tablets and computers are things you leave around when not using them.

To recharge the Watch, you have to take it off and place it on the MagSafe inductive charger for a few hours. There’s really no other way to do it, which means you’ll have to find the perfect time during the day to charge the device. The 38mm version takes 2.5 hours for a full charge, and 1.5 hours for an 80% charge, according to Apple.

And that’s the absolute worst — having to take it off your wrist once you get used to having there. That can happen either during the day, which means you won’t get the smart functions you expect from it, or during the night, which means you’ll worry about the alarm not waking you up in the morning, or the sleep app you use not tracking your sleep once battery runs out.

From my experience with the device so far, there’s no way of actually using it at its full capacity without charging it on a daily basis. Sure, if you want it to simply show time, you can activate Power Reserve mode and it’ll be good for up to five days. But in that case, you might be better off with a regular watch instead.

On the other hand, adapting to charging the Watch daily is a sacrifice you have to make to enjoy some of the Watch features you’re going to take for granted the more the gadget becomes part of your life.