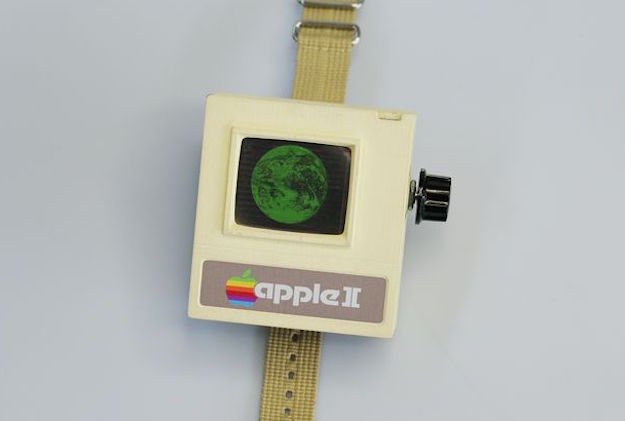 With all of the Apple Watch reviews now out in the wild, it appears that Apple may very well have another hit on its hands. Though not every reviewer labeled the Apple Watch a “must have” device a’la the iPhone, most were blown away with the technological wizardry involved in packing in so much functionality into a device small enough be worn around one’s wrist.

A user named Aleator777 on Instructables.com recently put together an incredible, blast from the past, Apple II Watch build. Even better, it comes with detailed instructions on how to put one together yourself. And for any sticklers out there, yes, we realize the original Apple II was released in 1977, but since the bulk of all Apple II iterations were released in the 80s, we felt the product screamed 1980s just a tad more than 1970s.

The video below, which highlights the device’s capabilities, is pretty awesome. Overall, the device should provide those with a mind for DIY projects with a lot of fun. Of course, the device can’t actually do anything the Apple Watch can do. For instance, once you get the device up and running, selecting the “Music” option simply results in a photo of a butterfly. All that being said, the miniaturized disk drive on this puppy is incredibly cool.