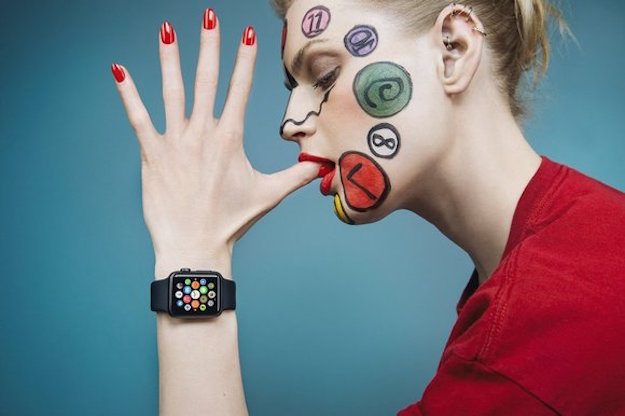 Reviews have now gone live for the Apple Watch and while it’s too early to judge the general consensus, one theme does emerge from the reviews so far: You don’t really need to own this device. At all.

Below we’ve done a quick roundup of reviews from some of the top gadget reviewers on the web. BGR will post its own review at a later date.

DON’T MISS: Yet another reason Jay-Z’s Spotify rival is going down in flames

Bloomberg’s Joshua Topolsky writes that while the device is filled with gorgeously designed hardware and cutting-edge technology, it often fails in its mission to be less of a distraction than the iPhone:

Yes, all these new functions, notifications, and tapping do make the Apple Watch very distracting. In some ways, it can be more distracting than your iPhone, and checking it can feel more offensive to people around you than pulling out your phone. The watch wants and needs you now, as its insistent taps make painfully clear. And to see what the Apple Watch wants and needs, you must physically move it into view. If while you’re talking to someone, you check your regular watch, it can feel as if you’re sending a not-so-subtle “let’s wrap this up” message. With the Apple Watch, factoring in the animated wrist-whip and the length of some of the notifications you receive, it’s downright rude.

Re/code’s Lauren Goode, meanwhile, writes that the Apple Watch is definitely not for everyone and will appeal primarily to iPhone power users and people who are intrigued by wearable tech. In other words, not the average consumer.

From a technology standpoint, it is an extension of the iPhone. And just like the smartphone, it starts to change your habits over time.

It’s swiping through pictures of family on your wrist, seeing your heart rate spike when you’re watching an exciting game, and getting a glimpse of a message when you’re rushing between classes or meetings. It’s trying really, really hard not to look at your wrist when you’re in the middle of a meeting. In our new world of too-many-devices, it somehow becomes the second thing you reach for when you roll out of bed.

The Verge’s Nilay Patel says that while the Apple Watch is easily the best smartwatch you can own today, it’s still not clear that smartwatches really serve much of a useful purpose. He also thinks that Apple needs to do a better job of focusing the watch’s functionality so that it does a smaller number of things exceptionally well.

It is one of the most ambitious products I’ve ever seen; it wants to do and change so much about how we interact with technology. But that ambition robs it of focus: it can do tiny bits of everything, instead of a few things extraordinarily well. For all of its technological marvel, the Apple Watch is still a smartwatch, and it’s not clear that anyone’s yet figured out what smartwatches are actually for.

If you are willing to go along on that journey, then you’ll enjoy the Apple Watch. It is a bauble, after all, and baubles delight simply by their presence. Apple will update the software, and developers will make apps, and Google and Samsung and Microsoft will release competitors, and the people who love technology will have something to buy and argue about, talismans that display tribal affiliations.

The New York Times’ Farhad Manjoo, meanwhile, absolutely fell in love with the Apple Watch, although he admits it has a much steeper learning curve than any other Apple product ever released.

Unlike previous breakthrough Apple products, the Watch’s software requires a learning curve that may deter some people. There’s a good chance it will not work perfectly for most consumers right out of the box, because it is best after you fiddle with various software settings to personalize use. Indeed, to a degree unusual for a new Apple device, the Watch is not suited for tech novices. It is designed for people who are inundated with notifications coming in through their phones, and for those who care to think about, and want to try to manage, the way the digital world intrudes on their lives.

And finally, here is Joanna Stern of The Wall Street Journal’s video review that gives you an idea of what it’s like to use the Apple Watch for a full day: