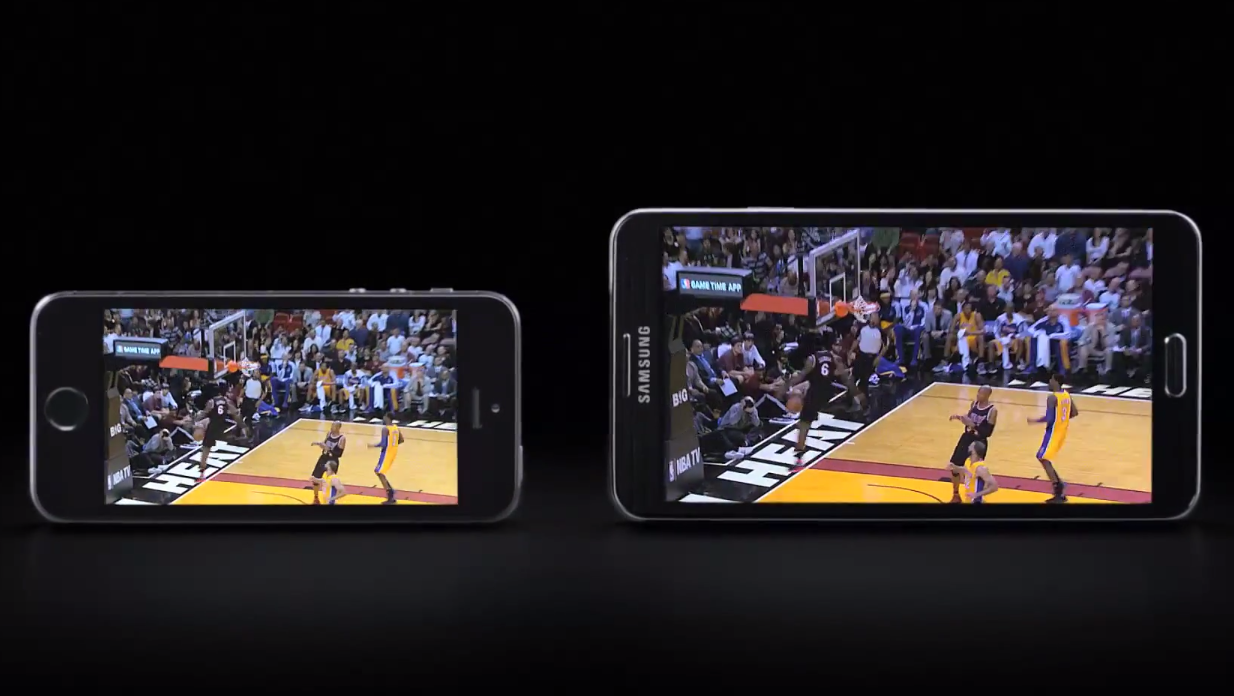 For the past couple of years, Samsung has been aggressively making moves to erode Apple’s market share in both smartphones and tablets by pumping out huge volumes of gadgets every year that have sold well in both established and emerging markets. Apple, meanwhile, has maintained strong sales in core markets such as the United States and Japan but hasn’t made a lot of waves in emerging markets where consumers don’t want to shell out top dollar for their gadgets.

However, a new survey conducted by mobile marketing firm Upstream and research firm Ovum suggests that Apple has a big opportunity to steal away some of Samsung’s customers in emerging markets in the coming years if it plays its cards right. The two firms surveyed more than 4,500 consumers in Brazil, China, India, Indonesia, Nigeria and Vietnam and found that Apple is now the most coveted brand in these key markets. One year ago, a similar survey conducted by Upstream had found that Samsung was the most coveted brand in these markets while Apple lagged behind in third place after Nokia.

This year, however, Apple has plowed ahead of both Samsung and Nokia as the most coveted brand, although its gains have mostly been at the expense of Nokia, which saw the percentage of consumers listing it as their most desired brand plummet from 22% last year to 13% this year. Samsung, meanwhile, held relatively steady as 29% of consumers surveyed said it was their most desired brand this year, down only slightly from the 32% who said the same last year.

The best news for Apple in the survey is that it fared very well in China, where 42% of consumers surveyed named it as their most coveted brand, a full 10 percentage points higher than the 32% who named Samsung as the brand they coveted most.

LONDON, March 4, 2013 – With 5.2 billion of the world’s 6.8 billion mobile subscribers in the developing world[1], handset manufacturers and developers such as Nokia, Ericsson, Facebook and Mozilla, are renewing their efforts to connect and cater to emerging market consumers. However, new data finds that although the majority of consumers in these regions use Android devices because of their accessibility, Apple is actually the most coveted mobile brand in the developing world.

‘The Next Mobile Frontier’ report from mobile marketing expert Upstream, which polled the views of a representative sample of 4,504 consumers in Brazil, China, India, Nigeria and Vietnam in conjunction with analyst firm Ovum, revealed that Apple (32%) is the most desired brand in these countries, with Samsung (29%) second and Nokia (13%) third. Samsung has been knocked off the top spot as the most desired brand in Upstream’s emerging market research in 2013, but Android devices currently remain the handsets of choice in these regions with 296,493 active Android smartphones in comparison to 90,184 IOS devices[2].

Where brand status has often contributed to mobile handset success in the West, reasons for purchasing a particular handset in emerging markets are more diverse. Functionality is the primary reason for the majority of consumers (Brazil: 44%, Nigeria: 47%, Vietnam: 48%, China: 46% and India: 48%), with nearly half of consumers stating this is the most important motivation for purchase. This complements Facebook and Ericsson’s creation of a lab that enables app developers to test their software on the types of networks and phones available in developing countries. [3]

Marco Veremis, CEO, Upstream, comments: “The race to emerging market consumers is truly underway after several announcements from handset manufacturers, content providers and notably Facebook – all of who are developing devices or mobile content specifically for consumers in these regions. However, blindly approaching new markets without obtaining granular insights into what people in these regions actually want and acknowledging what is important to them will lead to challenges along the way. Only when each player truly understands the audience of each region – being able to answer the questions of ‘what’s affordable’, ‘what content do consumers want’ and ‘what functionality is preferred’ – will they be able to connect with the consumers they are trying to reach”.

As more Western brands and app developers realize the potential to offer mobile content to consumers in emerging markets, Upstream’s research reveals that 40 percent of users access content via Google Play – although consumers desire Apple devices, most people in these regions are using lower cost Android smartphones. In the age-old Android vs. IOS rivalry in the UK and US, the data finds that in emerging markets, just 28 per cent of consumers are using Apple’s App Store. Further to this, more than one in four consumers (26%) are accessing content directly from their mobile operator’s own app store, highlighting the importance of local relationships and the trust consumers put in their mobile network operator.

These app stores are not without their frustrations. Results from the report show that the most prevalent app store problem experienced by emerging market consumers is the high level of promotional messages received (24%), suggesting that users are not amenable to in-app advertising. Furthermore the data revealed difficulty in navigating app stores to find downloadable content (24%) is another primary frustration. For example, 1 in 5 respondents point out that app stores have a lack of personalized suggestions (20%) and 1 in 10 (11%) say a major problem with current app stores options is the lack of payment methods offered when purchasing content. With many emerging market consumers not having access to credit cards, it will be the app stores that cater to all payment methods that will achieve widespread success.

Veremis adds, “The device challenge has now diffused to the app stores as consumers in emerging markets want localized content that they can pay for by different methods. This is where we see the dominance of relationships with local operators who have built up the trust and mutual understanding that bigger players have not yet developed – including the ability to offer personalized content, recommendations and flexible payment via their normal mobile billing. It is a very welcome announcement that Facebook and Ericsson are encouraging app developers to create content that is accessible to a global audience, perhaps prompting handset manufacturers, operators and app developers to follow suit in the year ahead.”