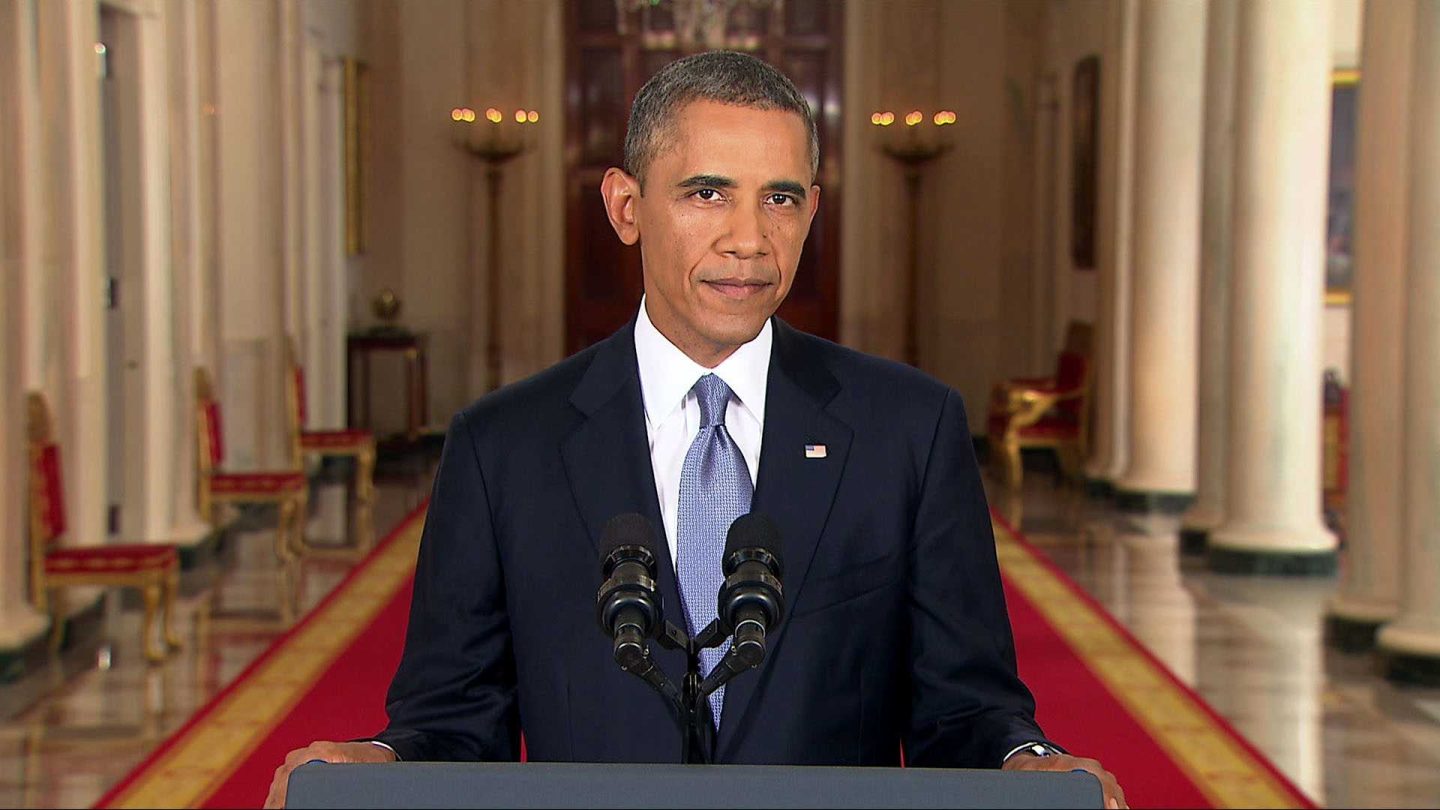 During an appearance at South by Southwest on Friday, President Barack Obama briefly touched on Apple’s ongoing legal saga with the FBI over mobile device encryption. While Obama didn’t necessarily take a strong stance on either side, he cautioned against taking an absolutist view on the hotly debated issue while also warning against “fetishizing our phones above every other value.”

DON’T MISS: Former CIA director calls out the FBI for wanting to fundamentally change the iPhone

If there’s one word that accurately encapsulates Obama’s viewpoint, it would have to be balance. Though he didn’t mention Apple or the FBI by name, Obama stressed that the debate shouldn’t be about 100% encryption or 100% national security, but rather about finding a delicate balance between the two competing interests. As an illustrative example, Obama referenced Airport security checks, a process which became much more rigorous following 9/11.

Technology is evolving so rapidly that new questions are being asked, and I am of the view that there are very real reasons why we want to make sure the government cannot just willy-nilly get into everybody’s iPhones or smartphones…

The question we have to ask is if technologically it is possible to make an impenetrable device or system where the encryption is so strong there’s no key, there’s no door, at all. Then how do we apprehend the child pornographer? How do we solve or disrupt a terrorist plot? What mechanisms do we have available to even do simple things like tax enforcement if, in fact, you can’t crack that at all. If the government can’t get in, everyone is walking around with a swiss bank account in their pocket.

There has to be some concession to the need to get that information somehow. Folks who are on the encryption side will argue that any key whatsoever, even if it starts off directed at one device, could end up being used on every device. That’s just the nature of these systems. That is a technical question. I am not a software engineer. It is technically true, but it can be overstated.

It’s worth mentioning here that it’s not as if no entity can break into the iPhone of the San Bernardino terrorist. Rather, the FBI simply lacks the requisite tools (or desire, depending on your perspective) to accomplish the task. Over the past few weeks, many have argued that the FBI didn’t exhaust all avenues in their attempt to unlock the iPhone in question. Just this week, Edward Snowden detailed how the FBI could access the device without Apple’s assistance. Furthermore, there’s no concrete evidence to suggest that agencies like the NSA lack the means to access the device.

My conclusion so far is that you cannot take an absolutist view on this. So if your argument is ‘strong encryption no matter what, and we can and should in fact create black boxes,’ that I think does not strike the kind of balance we have lived with for 200, 300 years. And it’s fetishizing our phones above every other value, and that can’t be the right answer.

Ultimately, Obama articulated that both lawmakers and tech companies need to come up with a thoughtful solution that takes all competing interests and considerations into account. And the longer we have to wait for a workable solution to be established, Obama intimated, the more problematic the issue will become down the line.

Now whether or not such a mutually beneficial solution even exists is another discussion entirely.

Full video of Obama’s talk can be seen below, with the Apple/FBI portion of the discussion beginning at around 1:15 into the video.