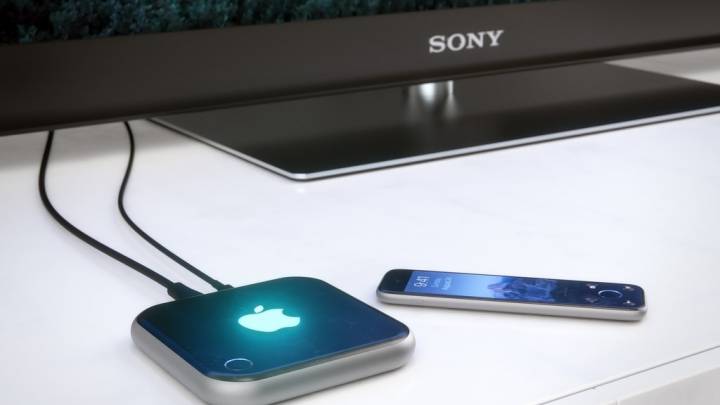 Apple will launch a redesigned Apple TV set-top box during Wednesday’s iPhone 6s event, complete with a brand-new remote that may be used for controlling video games. A fresh New York Times report says that Apple is actually focusing on gaming with this particular release, so a remote is probably required for playing various titles on the new console-like device.

Some reports revealed the new Apple TV will be bigger than the current gadget, but official pictures of the device aren’t yet available. However Martin Hajek, a designer who has created many renders for unannounced devices, including Apple products, is now out with an intriguing Apple TV concept.

The most interesting thing about Hajek’s 2015 Apple TV idea is the iPhone-like remote control. The device has on the front side a home-like fingerprint sensor, physical buttons, and a touchscreen display that’s much narrower than the iPhone or iPod touch, even though it features similar functionality.

Flip the remote, and you get physical buttons that would turn it into a console-like controller reminiscent a bit of Nintendo’s Wii remote controls.

The Apple TV “puck” is slimmer than Apple’s newest Apple TV available in stores and it features a Touch ID fingerprint sensor of its own, an HDMI connector and a power slot. An Apple logo that lights up can also be seen in pictures.

Speaking of images, you can check some of Hajek’s Apple TV 2015 3D renders below, with more of them available at the source link.