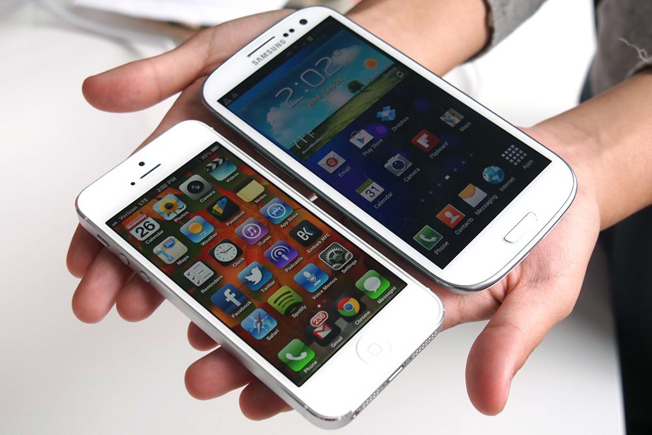 According to data from Canaccord Genuity, Apple and Samsung managed to capture 100% of the mobile industry’s profits last quarter. In the first quarter of 2013, Apple took home 57% of the global smartphone industry’s profits, while Samsung grabbed almost 43% to leave nothing for BlackBerry, Nokia or HTC. In fact, the only company that managed a mobile profit share above 0% was LG with its 1% share. Even at nearly 100%, however, Apple and Samsung’s share of mobile profit has actually declined from last year. The research firm previously reported that the two companies captured 103% of handset industry profits in 2012.

Samsung has slowly eaten away at Apple’s profits over the past few quarter. The research firm notes that Samsung is now on track to surpass Apple for the largest share of smartphone industry profits within the next few months.

Although iPhone sales are expected to soften in the coming months, the launch of the iPhone 5S will likely jolt Apple back into the lead.