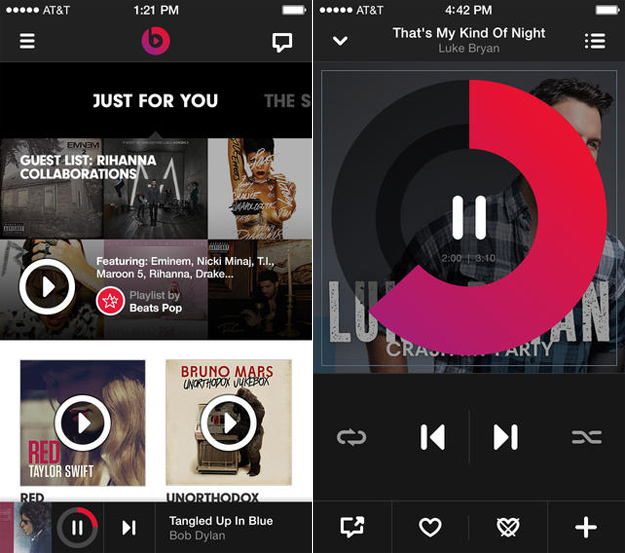 With Apple set to unveil a new music streaming service next month at WWDC, Touch ID may very well be the company’s unsung hero and most strategic asset in convincing users to sign up for what will reportedly be a $10/month subscription.

While precise details surrounding Apple Music remain murky, early reports suggest that Apple will offer new users of its streaming music service a free 1-3 month trial. While that will undoubtedly convince millions of users to give the service a spin, convincing users of any free or ad-supported service to opt for a monthly subscription plan is extremely challenging.

And this is precisely where the magic of Touch ID will rear its beautiful head.

For starters, getting users to sit there and enter in their credit card information is a daunting task. At each step along the way, there lies the potential that a user will tire of the process and stop completely. But because Apple already has hundreds of millions of credit cards on file linked to iOS devices, there’s no need for Apple to gather this information — they already have it. As a result, when the duration of an Apple Music trial period is coming to an end, Apple won’t have to ask for credit card information to be entered. Apple won’t even have to ask users to type in a password. Instead, users will be able to quickly and seamlessly approve the start of a subscription simply by authorizing the transaction with their fingerprint.

Given what Apple has already done with Touch ID and Apple Pay, it stands to reason that the process by which Apple transitions users from trial period to subscriber accounts will be quick, simple, and extremely seamless. In short, the infrastructure Apple already has in place will serve to lessen the time users have to second guess their subscription purchase.

Consider this scenario: You create a new Apple Music account with a free subscription. You use it for two months for free and come to enjoy it. After that two month period, you get a notification asking if you’d like to continue using Apple Music for $9.99 a month, with the confirmation simply being a Touch ID press. Via sheer momentum alone, Apple will likely sign up throngs of users.