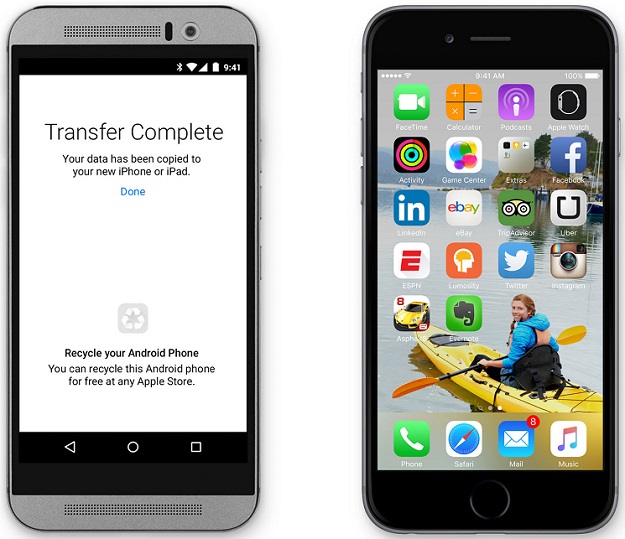 No, it most likely didn’t.

Called Move to iOS, Apple’s first Android app might not be an app created fully in-house. Instead, Apple may have approached a third party to license some of the code that makes the app work. Essentially, the app allows Android users rocking Jelly Bean devices or later to update seamlessly to an iPhone.

As Phandroid reports, parts of the code used in the app seem to indicate that programming has been done by a different company. Specifically, Media Mushroom has a Copy My Data app (for Android and iOS) that has similar features to Move to iOS. Apple’s Android app specifically mentions the name of the other company in its code.

The Android fan site says the two apps share a vast majority of code and functionality. Apparently, Apple used the existing code of Copy My Data, adding on top of it branding visual elements.

Considering Apple’s high attention to detail – but most importantly, the fact that Apple is well-versed in making software of its own, from operating systems to proprietary apps – it’s probably unlikely the company just copied the Copy My Data code before submitting its app to the Google Play Store.

Apple likely purchased the rights from Media Mushrooms and then incorporated the code into its app. “We’re fast, creative and used to working with big corporations on tight deadlines. And if timings are really tight, we also have an extensive library of reusable white-label software to deliver great results. Fast,” text on Media Mushrooms’ site says.

The Move to iOS app, meanwhile, is heavily trolled by hardcore Android fans who can’t understand why anyone would be willing to switch over to the dark side (in this case iOS) – though the fact remains that Apple’s iPhone is stealing many Android users.