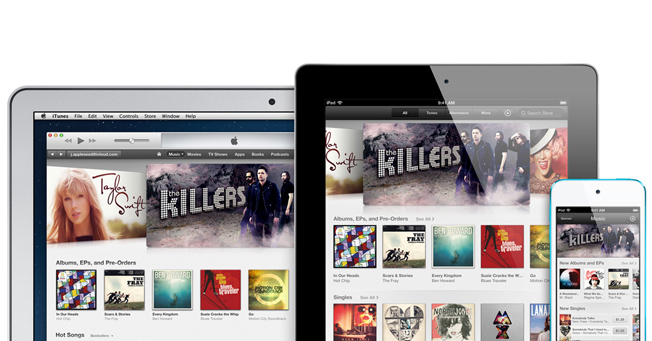 Apple (AAPL) announced on Thursday its iTunes Store is now available in 56 new countries including India, Russia, South Africa and Turkey, bringing the company’s digital store to a total of 119 countries. All customers will have access to music available in DRM-free format with high-quality 256 kbps AAC encoding as well as iCloud. Along with popular international artists such as The Beatles and Coldplay, Apple says the new iTunes Stores includes music from local artists including “Elka in Russia, Sezen Aksu in Turkey, AR Rahman in India, and Zahara in South Africa.” Movies for rent or purchase are available only in the four aforementioned countries. MacRumors also has a great breakdown of every single new country that now has the iTunes Store. Apple’s press release follows below.

MOSCOW—December 4, 2012—Apple® today announced the launch of the iTunes Store® in Russia, Turkey, India, South Africa and 52 additional countries featuring an incredible selection of local and international music from all the major labels and thousands of independent labels. The iTunes Store features local artists including Elka in Russia, Sezen Aksu in Turkey, AR Rahman in India, and Zahara in South Africa, international artists including The Beatles, Taylor Swift and Coldplay, and world-renowned classical musicians including Lang Lang, Yo Yo Ma and Yuja Wang. Customers can choose from over 20 million songs available to purchase and download on the iTunes Store.

Movie fans can choose from a wide selection of films available for rent or purchase from the iTunes Store, with many available in stunning HD, from major studios including 20th Century Fox, Sony Pictures Home Entertainment, The Walt Studios and Warner Bros. Pictures, as well as leading local distributors.*

The iTunes Store is available in 119 countries and is the best way for iPhone®, iPad®, iPod®, Mac® and PC users to legally discover, purchase and download music online. All music on the iTunes Store comes in iTunes Plus®, Apple’s DRM-free format with high-quality 256 kbps AAC encoding for audio virtually indistinguishable from the original recordings.

iTunes® in the Cloud lets you download your previously purchased iTunes music to all your iOS devices at no additional cost, and new music purchases can be downloaded automatically to all your devices. In addition, music not purchased from the iTunes Store can gain the same benefits by using iTunes Match℠, a service that stores your entire music library in iCloud® for access at any time, from any iOS device. iTunes Match is available for purchase in the new countries added today.

Customers also have access to the revolutionary App Store℠ with more than 700,000 apps available in 155 countries.

Pricing & Availability
iTunes 11 for Mac and Windows includes the iTunes Store and is available as a free download from apple.com/itunes. iTunes Store purchases require a valid credit card with a billing address in country.

*Movies are available today in Russia, Turkey, India and Indonesia, and will be available in select additional countries.