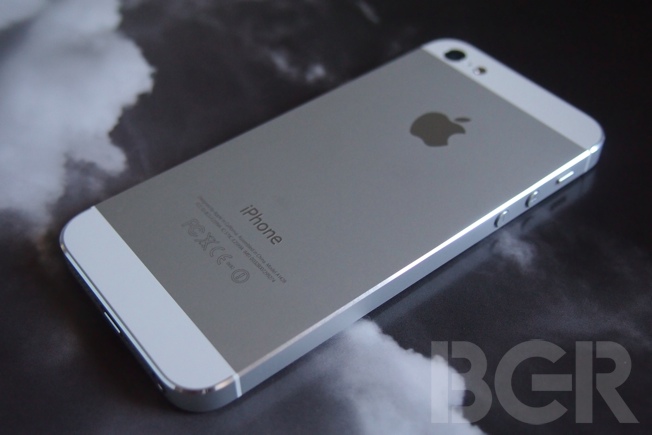 How do we know that Apple (AAPL) is facing its most intense pressure ever in the smartphone space? Because longtime Apple watchers like iMore’s Rene Ritchie are starting to get antsy and are encouraging Apple to make a bigger splash with its next-generation iPhone. In a lengthy and thoughtful opinion piece, Ritchie frets that Apple has become too comfortable with its pattern of releasing a major iPhone revamp one year and then releasing a minor refresh the next year, as was the case with the iPhone 3G and 3GS, and then the iPhone 4 and 4S. He says that if the company follows the same pattern and releases a refreshed iPhone 5 as the iPhone 5S, then it risks being seen as “boring” by some consumers and tech bloggers.

“When the impression is that Apple will ‘only’ release an S-class phone in any given year, consumers might be more interested in seeing what else is out there,” he writes. “While the iPhone 5 was almost entirely new from a manufacturing standpoint, because it had the same general, flat, rounded rectangle design as its predecessor, it was criticized by some consumers, and more than its fair share of tech pundits, for being boring. New unibody construction, a camera that was a feat of optical engineering, a taller, 4-inch display, and LTE — boring. If marketing the iPhone 5 as re-revolutionary was tough, marketing an almost identical-looking iPhone 5S to the same crowd would inevitably be tougher.”

What’s changed here, says Ritchie, isn’t so much that Apple’s products have gotten worse so much as other companies have finally caught up and are releasing a wider array of devices that offer more variety than Apple’s annual iPhone refresh. The most famous example of this is Samsung (005930), which seems to keep ramping up the display size and quality for every new version of its Galaxy S and Galaxy Note lines. If Apple waits until 2014 to release a significantly larger “iPhablet,” Ritchie worries that people will perceive Apple as having fallen behind the times and scrambling to catch up.

As a solution, Ritchie wants the company to become less predictable by shaking up its product launch schedule and pushing up launch dates for some of its more buzz-worthy products such as a 5-inch iPhone.

“The’iPhone 5S’ problem is the idea that Apple has become predictable coupled with the perception that the next big thing might just come from somewhere else,” he writes. “Breaking patterns and challenging expectations is just one way to solve that problem.”

While it’s certainly true that the success of Samsung has put more pressure on Apple than it has had to face in recent years, it’s not yet clear whether Apple needs to rethink its product launch strategy. After all, the iPhone 5 and the iPhone 4S each outsold the Galaxy S III last quarter, so it’s not as though the iPhone’s place as the world’s No.1 smartphone is in danger.

All the same, Ritchie makes a fair point that changing up its strategy could help Apple disrupt some of the buzz that Samsung has been able to generate by slotting its big product launches as far away from Apple’s as possible. No company, no matter how good its sales numbers, wants to be seen as predictable and boring.