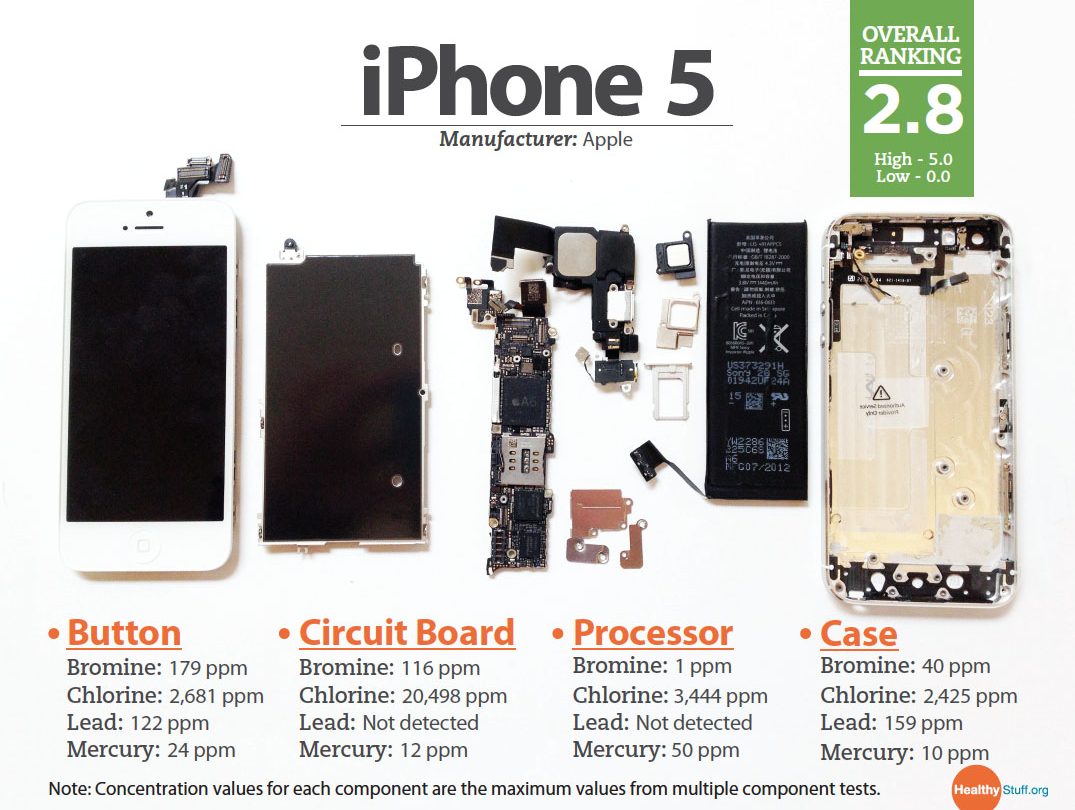 iFixit and HealthyStuff on Tuesday released an in-depth study that analyzed the chemical contents of 36 different smartphone models. As smartphone adoption surpasses all time highs, consumers are becoming more concerned about the possible negative side effects that can occur from prolonged exposure. The study found that newer phones are being made with fewer hazardous chemicals than their predecessors, in fact every phone that was ranked of “high concern” was released prior to 2010. Researchers rated and ranked phones on a scale of 0 to 5, lowest being the best, in three different categories — by chemical, by component and overall.

The research showed that Apple’s (AAPL) iPhone 4S and iPhone 5 ranked among the best with a score of 2.69 and 2.75, while the iPhone 2G scored the highest amount possible. HealthyStuff notes, however, that Apple is actively reducing the amount of toxic chemicals found in their products. Nearly all the other safest handsets were marketed as “green phones,” including the Motorola Citrus and Samsung (005930) Evergreen.

Oddly enough, the study found that manufacturers are not consistent with their use of toxic chemicals across different smartphone models. Samsung, which makes three of the best-ranked phones, was found to have also made some of the worst ranked handsets.