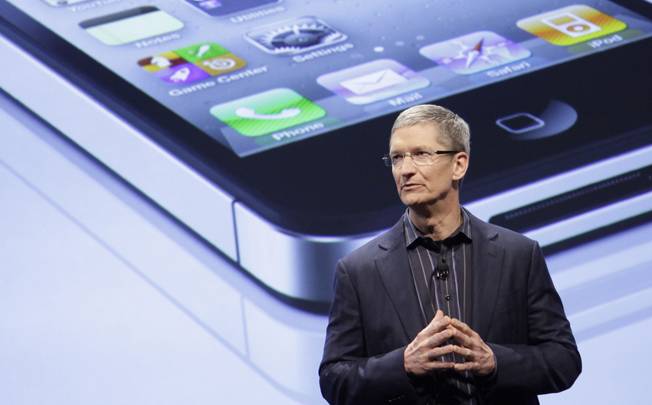 Apple has been negotiating an agreement with the Federal Trade Commission for months in regards to in-app purchases, but a letter from Tim Cook sent to Apple employees on Wednesday indicates that the company has decided to settle. The fight concerned how easy it is for children to make in-app purchases without the oversight of their parents.

According to the letter, Apple believes it has been handling the issue satisfactorily on its own, creating extra steps in the purchasing process and reworking the App Store to ensure that iOS device owners would run into problems less frequently. Apple also sent 28 million emails to any customers who may have been affected, and plans to fully refund all 37,000 claims it has received.

In its own press release, the FTC has announced that it will charge Apple $32.5 million to settle the complaint. “This settlement is a victory for consumers harmed by Apple’s unfair billing, and a signal to the business community: whether you’re doing business in the mobile arena or the mall down the street, fundamental consumer protections apply,” said FTC Chairwoman Edith Ramirez.

9to5Mac has shared the letter from Cook which follows below:

I want to let you know that Apple has entered into a consent decree with the U.S. Federal Trade Commission. We have been negotiating with the FTC for several months over disclosures about the in-app purchase feature of the App Store, because younger customers have sometimes been able to make purchases without their parents’ consent. I know this announcement will come as a surprise to many of you since Apple has led the industry by making the App Store a safe place for customers of all ages.

From the very beginning, protecting children has been a top priority for the App Store team and everyone at Apple. The store is thoughtfully curated, and we hold app developers to Apple’s own high standards of security, privacy, usefulness and decency, among others. The parental controls in iOS are strong, intuitive and customizable, and we’ve continued to add ways for parents to protect their children. These controls go far beyond the features of other mobile device and OS makers, most of whom don’t even review the apps they sell to children.

We heard from some customers with children that it was too easy to make in-app purchases, so we moved quickly to make improvements. We even created additional steps in the purchasing process, because these steps are so helpful to parents.

Last year, we set out to refund any in-app purchase which may have been made without a parent’s permission. We wanted to reach every customer who might have been affected, so we sent emails to 28 million App Store customers – anyone who had made an in-app purchase in a game designed for kids. When some emails bounced, we mailed the parents postcards. In all, we received 37,000 claims and we will be reimbursing each one as promised.

A federal judge agreed with our actions as a full settlement and we felt we had made things right for everyone. Then, the FTC got involved and we faced the prospect of a second lawsuit over the very same issue.

It doesn’t feel right for the FTC to sue over a case that had already been settled. To us, it smacked of double jeopardy. However, the consent decree the FTC proposed does not require us to do anything we weren’t already going to do, so we decided to accept it rather than take on a long and distracting legal fight.

The App Store is one of Apple’s most important innovations, and it’s wildly popular with our customers around the world because they know they can trust Apple. You and your coworkers have helped Apple earn that trust, which we value and respect above all else.

Apple is a company full of disruptive ideas and innovative people, who are also committed to upholding the highest moral, legal and ethical standards in everything we do. As I’ve said before, we believe technology can serve humankind’s deepest values and highest aspirations. As Apple continues to grow, there will inevitably be scrutiny and criticism along our journey. We don’t shy away from these kinds of questions, because we are confident in the integrity of our company and our coworkers.

Thank you for the hard work you do to delight our customers, and for showing them at every turn that Apple is worthy of their trust.