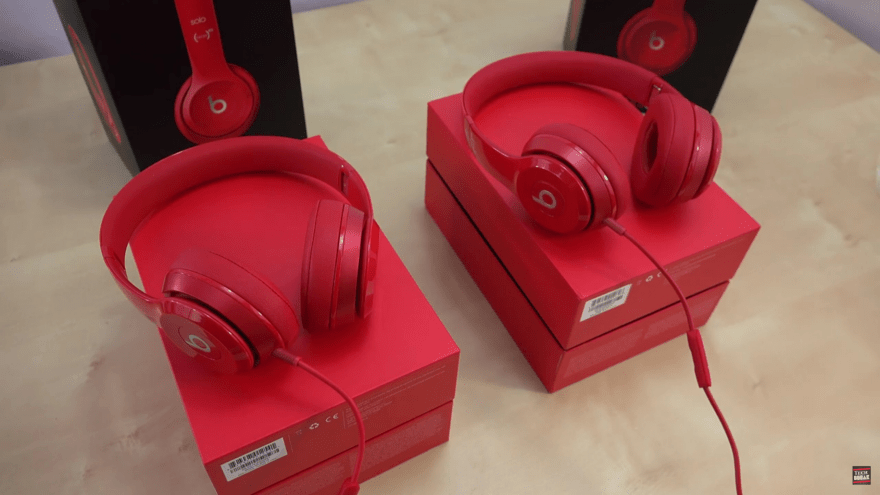 A prototype engineer made waves on Medium last week after dissecting a pair of Beats by Dre Solo headphones. He suggested that the luxury item is a lot cheaper than you’d expect because it packs superfluous metal parts with the sole function of adding weight to the product. He may have been absolutely correct when it comes to the pair of headphones he disassembled… but it turns out he may have ripped apart a knockoff.

Avery Louie did not say which Beats model he dismantled, mentioning only the price, but Core77 believes it was a discontinued pair of Beats Solo HD headphones. The blog says it has received several tips from readers who claimed the device shown in the teardown was a fake.

One Redditor posted comparison images on Imgur that show the differences between a real and a fake Beats product. It turns out that knockoffs have gotten so good that an average buyer would have a hard time telling the difference between the genuine product and a fake.

Furthermore, the Redditor also explained why Beats headphones use those metal components. “Those metal parts aren’t just to add weight; they serve a functional, structural purpose as both the headband extensions and the hinge,” vantt1 said.

Some things that irked me about that Beats teardown

From packaging to overall design and appearance, the fake Beats headphones might fool even a trained engineer into believing he or she is dealing with the real thing.

However, Louie should have known he may have stumbled on a fake Beats product the minute he tore it down. He found just two speakers inside, one per ear, but the Solo HD contains four drivers. You don’t need a teardown to know that.

This particular detail seems to be a strong indicator that the pair of Beats headphones used to demonstrate how the company fools you into overpaying for your sound experience was fake.