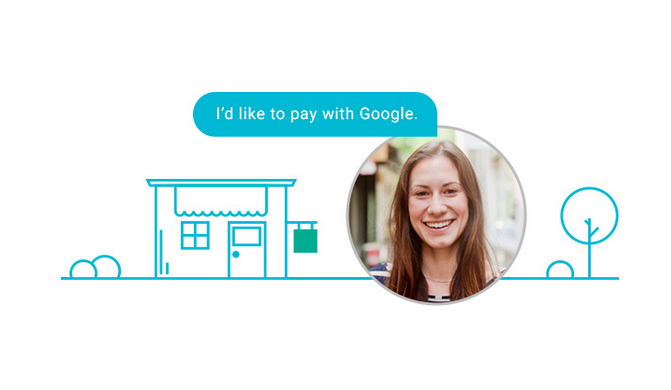 Google unveiled Android Pay on stage during its Google I/O media event, and it seems the service will largely work like Apple’s own wireless payments service. More interestingly, however, is that Google seems to already have come up with an even cooler idea for a mobile payments service that could one day replace Android Pay

Google confirmed it’s working on a Hands Free Payments app prototype product that will let users pay for goods in stores even more easily, Ars Technica reports. Instead of looking for actual cash, plastic cards, a smartphone or smartwatch at the register, users will be able to just tell the cashier that they’d “like to pay with Google.” An image of the person would then pop up on the cashier’s screen that’s linked to the person’s Google payment account. If the two faces match, the cashier will authorize the payment. End result: The customers will be on their way out of the store faster than ever.

The feature could be extremely useful in drive-through-like situations where it’s not really convenient to try to pay with a smart device. McDonalds and Papa John’s are already in, and testing will begin in the San Francisco Bay Area.

“No longer forage through your pocket or your bag,” McDonald’s chief digital officer Atif Rafiq said during an Android Pay session on Thursday afternoon. “Let them [the cashiers] know that you want to pay with Google, and the app lets us verify that it’s you.”

Google didn’t specifically detail the way the feature should work, but it’s likely that stores participating in the program will have some sort of special equipment deployed that will be able to scan users’ faces to verify their identities.

A video teasing the payments app follows below, and users interested in signing up for Hands Free Payments beta invites can follow the source link below for more information.