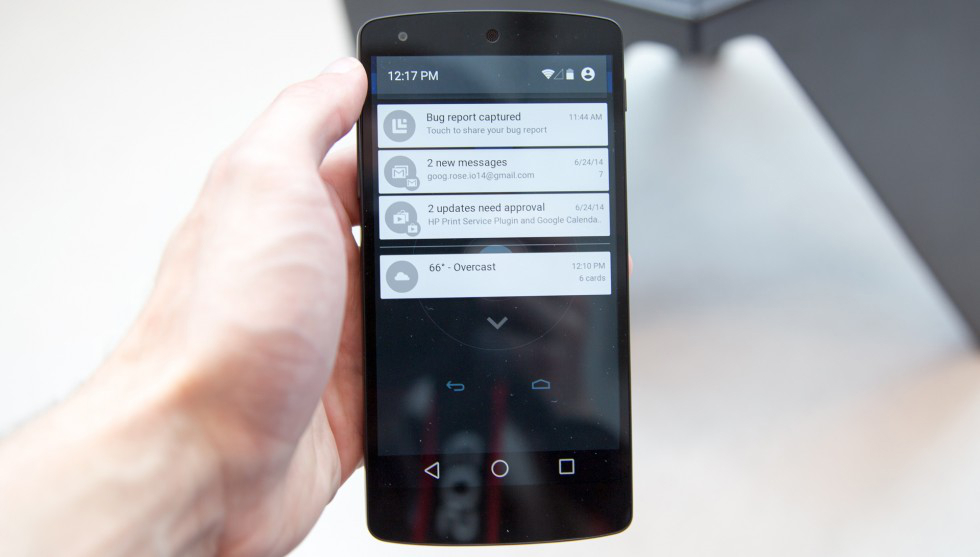 Hackers, start your engines — Andorid L is ready to be picked apart and made even more awesome. Google has released the source code for its brand new mobile operating system, currently referred to as “Android L.” The Android L source code has been made available through the Android Open Source Project website for the Nexus 4, Nexus 5, Nexus 7 tablet (current-generation model and previous-generation model) and Nexus 10 tablet.

The move follows the release of a developer preview version of Android L, which Google made available to Android developers shortly after its Google I/O 2014 keynote last week.

Pushing out the developer preview version and Android L’s source code are important for several reasons, but perhaps mainly because Google’s new Android software features so many new APIs and such a substantial departure from earlier Android versions in terms of the design of the user interface. Developers will take some time to rebuild their apps to better suit the new interface, and Google is trying to give them as much time as possible to get the job done.

According to announcements made during Android L’s unveiling last week, the software is on track to be released to the public sometime this fall.

Want to download Android L’s source code? All of the direct links can be found on Android Police’s website, which is linked below in our source section.