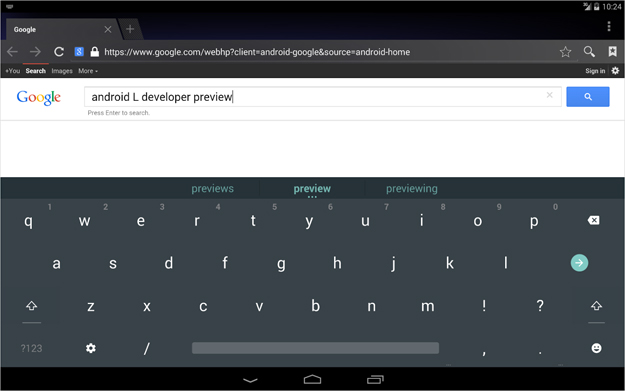 We still have several months to wait before Google finally releases its highly anticipated new Android L update, but a few apps and nifty tricks gave eager enthusiasts a way to experience certain elements of L right now. Among them was Shen Ye’s great Android L Keyboard app, which — as the name might suggest — allowed users to install the sleek new keyboard from Android L on their smartphones running earlier versions of Android.

Unfortunately, Google has removed the app from the Google Play store.

Ye confirmed the removal in a post on his Google+ account, saying only “after 800k downloads, my keyboard got Scroogled.” The app developer also posted the following screenshot showing the removal notice from Google:

It’s not exactly a surprise, but it means that most of us will now have to wait for Android L to start hitting smartphones in official updates before we can use Google’s great new keyboard. More experienced users who don’t mind rooting their phones can still enjoy the keyboard and several other elements from Android L, of course.