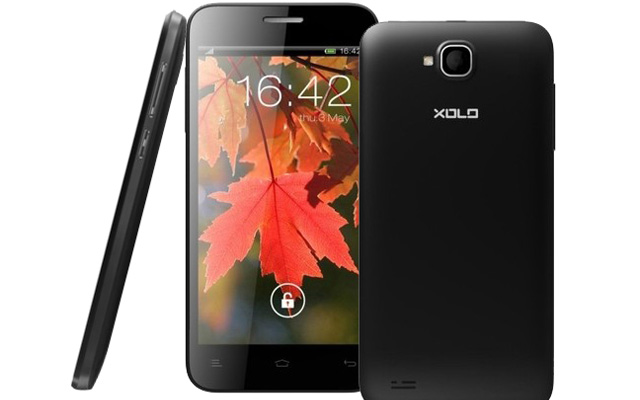 Last March, a low-end Android phone called Xolo Q800 debuted in Asia. The model remains almost unknown in the Western markets, but it is a perfect specimen of a new class of Android smartphones that are rocking both smartphone and mobile application markets in 2013. It is the Q800 and its brethren that actually explain a variety of recent industry surprises, ranging from unexpected profit slumps of high-end phone vendors to Google Play’s sudden surge to  take the lead over iOS in terms of overall mobile app downloads.

Here is why the Xolo Q800 is now setting the Asian handset markets on fire: It offers a quad-core 1.2 GHz CPU, an 8 megapixel rear camera and a 4.5-inch display with a resolution of 225 pixels per inch, all for a $160 retail price without subsidies. There have been appealing low-end Android models before this year, but this is a watershed moment for the phone industry. These specs are just outrageous considering the price point.

Let’s compare the Q800 to the Samsung  Galaxy S Duos, which happens to be retailing at the same exact price point in India this week. The Samsung model at $160 offers a 1 GHz CPU, a 5 MP rear camera and a 4-inch display with a resolution of 233 pixels per inch. Samsung’s software quality, build quality and camera quality are clearly superior to what Xolo can deliver. But no matter: Xolo’s specs edge has helped boost the brand to contest Samsung’s budget devices and it is simply devastating comparable HTC and BlackBerry devices.

In addition to Lava’s Xolo brand, there are strong budget challengers like Micromax, Karbonn, Spice, Videocon… the list goes on and on. Brands that could not aspire to mid-market status two years ago are now going delivering rock solid entries in the $100 to $200 price bracket. This has been made possible by the modularization of the component industry. Vendors no longer have to spend money on doing R&D on antenna engineering or power management issues. They can simply buy component models and cram them into a plastic box.

This won’t appeal to discerning buyers, but all of those already have a smartphone. The future global growth of the smartphone industry comes mostly from families earning less than $10,000 a year. That is a hard, hard row to hoe for most former smartphone champs. It also means that the mobile app industry may have to become increasingly accommodating to emerging markets. Brazil and Russia are soaring ahead of Germany and the United Kingdom in app download statistics.

The low-end Androids are destroying much of the old value structure of the mobile telecom industry while creating entire new opportunities for companies who can survive under intense price pressure. It will be an entirely new mobile telecom market by 2015.