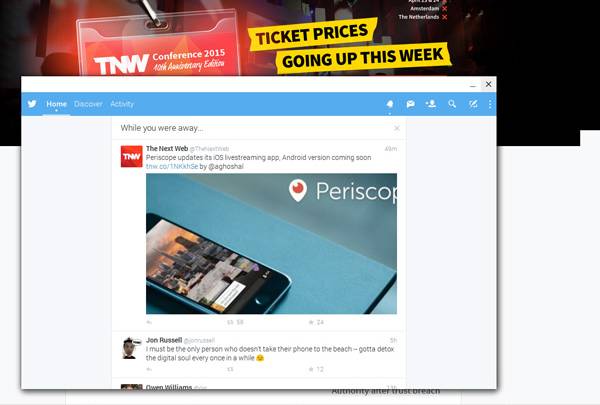 In order to make this magic work, users will have to install a new Chrome tool, the ARC Welder, that lets you run mobile apps on the computer. After that, all you have to do is get the APK files for the Android apps you want to test out, and you’ll be able to run them on your OS of choice.

For the time being, ARC runs on Android 4.4 rather than Google’s newer Android 5.0 Lollipop, but that still means most Android apps will work inside your browser. The tool also includes Google Play Services support, though not all services are up and running, meaning that certain app functions, such as in-app purchase support, might be missing in action for the time being.

It’s not clear whether Google has any ulterior motives for this initiative, or whether the company simply wants to make Android developers’ jobs even easier than before. However, it’s worth noting that Microsoft is not only going after your Android home screen with some of its Android apps, but it’s also working on replacing Android OS with Windows 10 on certain mobile devices. Maybe Google’s ARC tool might prove to be a response to all that in the future, when Android apps might work across a variety of platforms.

Twitter’s Android app running in Chrome on Windows can be seen in the image below, as tested by The Next Web.