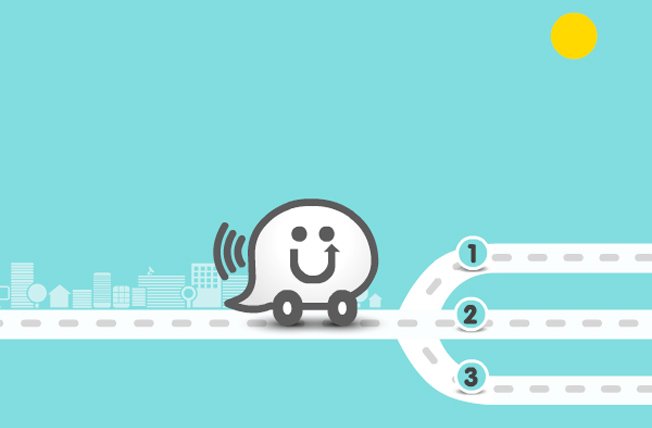 Waze is a fantastic free navigation app that uses crowd-sourced data to process and deliver real-time information about the path you’re driving. It packs a wide range of nifty features into a playful interface, and it has a social element that no other widely used navigation app can match. But since Google acquired Waze and started using some of its data in its class-leading Google Maps app, the draw for Waze has been much less compelling.

Like most people, I have several navigation apps installed on my phone. Some are free and some are paid but when it comes time to actually search for an address or find my way from point A to point B, there’s really only one app I open: Google Maps.

Beginning today, however, that will change.

Waze just announced an awesome new feature on its blog that is as simple as it is brilliant. In fact in hindsight, it’s crazy that the app didn’t have this feature before.

With the time in traffic bar in Waze, a pop-up bar shows you how long you’ll be stuck in traffic. So, instead of just seeing a red line on a Google map that stretches for an inch in front of a dot representing a car, you’ll see an actual number of minutes, updated in real time, that projects how long you’ll be sitting in traffic.

Seriously, why didn’t Waze think of this sooner?

The time in traffic bar updates constantly, counting down the minutes until you and your car can once again enjoy the open road. This is just another example of the awesome features Waze can put together thanks to all of the crowd-sourced data it pulls in.

Waze also noted that its new iOS app update is up to 85% faster, and it has improved support for U-turns, UI Enhancements and several bug fixes.