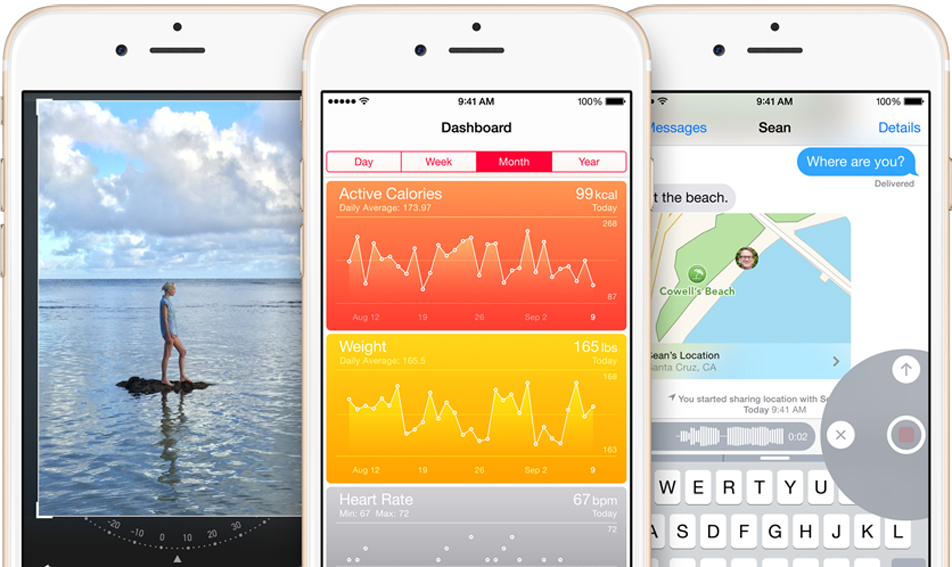 After initially showing off iOS 8 during its annual WWDC event this past summer, Apple finally released the software in September and then issued its first major update earlier this month. iOS 8 and iOS 8.1 represent huge steps forward for Apple’s mobile devices, bringing tons of great new functions to compatible iPhone and iPad models. Features like audio messaging, the new QuickType keyboard and Apple’s Continuity functionality are all awesome additions to iOS, but of course there is still plenty missing from Apple’s mobile platform.

Now that Google’s Android 5.0 Lollipop software is official, it’s time to take a look at a few key features found in Google’s latest and greatest that are sadly still absent in iOS.

Mobile blog Phone Arena has compiled a pretty good list of important features found in Android 5.0 Lollipop that are sadly missing in iOS 8 and iOS 8.1. Some of the listed features have a broader appeal than others, but they’re all things that Apple certainly could build into iOS and has not.

In some cases, functionality described on the list will likely find its way to Apple’s mobile devices eventually. In others, iPhone and iPad users might never get to enjoy certain features.

At the top of the list is the presence of a guest mode, which is something that Android devices have had for quite some time. With this functionality, users can configure their devices to only allow access to certain apps and data when the phone is being used by a child or anyone else who isn’t the device’s owner.

Another good item on the list is Android’s inclusion of special battery saving modes, which can dramatically extend a phone’s battery life if the remaining charge gets too low. iPhone users, on the other hand, have to jump through all kinds of hoops in order to slow the drain on their batteries.

There are several other important items on the list, which is linked below in our source section.