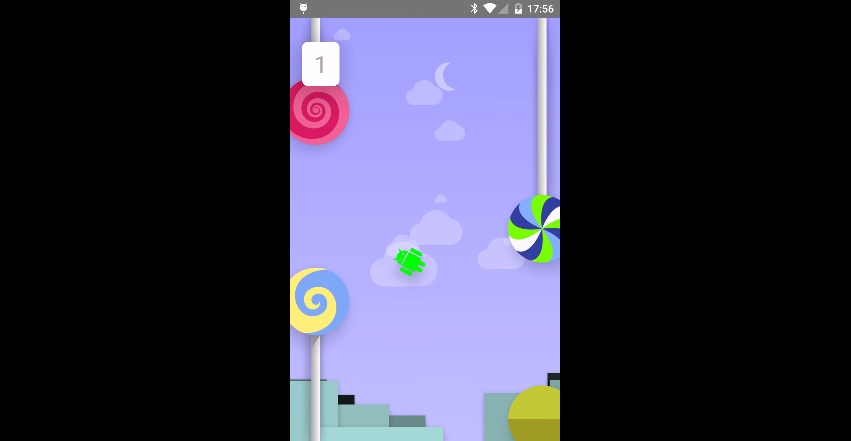 As previously expected Google on Friday made the final Android 5.0 Lollipop SDK version available to developers, who have already thoroughly inspected it, pulling out various apps and other Lollipop elements (wallpapers, fonts and boot animation) for other Android users to enjoy. Among the things users who installed the SDK looked at is the usual Easter Egg Google hides in every Android OS version, finding a pleasant, and strange, surprise.

FROM EARLIER: How to make your Android phone (sort of) look like Android 5.0 Lollipop right now

Google has also cloned the extremely addictive Flappy Bird mobile game, creating a version of its own, and using it as the official Easter Egg for Lollipop. That’s even though Google didn’t exactly appreciate the Flappy Bird clones that flooded the Google Play Store soon after the official game was removed.

Instead of flying a bird through pipes, users have to navigate a flying Android mascot through Lollipop obstacles in this hidden game. The game direction is also changed, as users have to fly the mascot from right to left, instead of left to right, as it is in the Flappy Bird game.

To activate the game, Android users who have installed Android 5.0 on their Nexus devices can simply go to Settings screen and tap multiple times on the Android version number in the About Phone section.

A video showing this unusual Flappy Bird clone is available below.