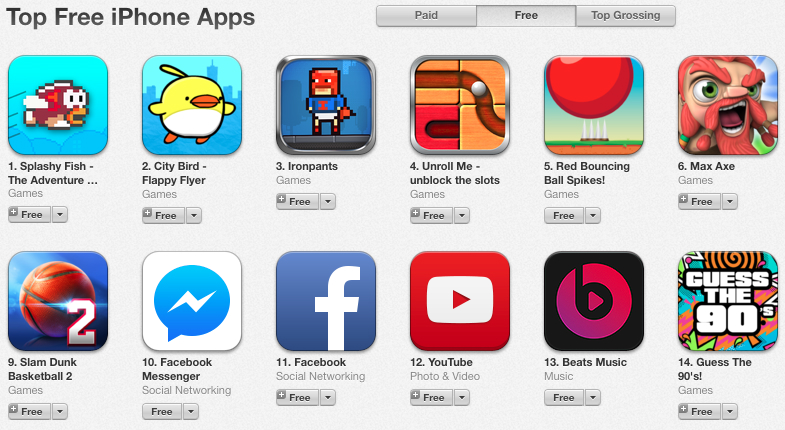 The Flappy Bird phenomenon did not end a week ago with its developer taking the app down out of guilt. Instead, after the unexpected disappearance of the addictive game, many clones popped up in app stores, trying to bank on the popularity of Flappy Bird. But TechCrunch reports that won’t be possible anymore, as both Apple and Google are apparently taking action against developers who submit clones to the App Store and Google Play Store, respectively.

Even though clones made it to both app stores in the past days, it looks like developers that are trying to have their new clones approved are unable to publish their Flappy Bird versions. Developer Ken Carpenter of Mind Juice Media said on Twitter that his app was rejected by Apple, with the company saying that it “found your app name attempts to leverage a popular app,” even though the original Flappy Bird game is not available for download from Flappy Bird.

Carpenter’s app was also rejected from the Google Play Store as well without any warning. “There was no ‘Fair Warning’ email, which Google claims to send before taking such actions. I checked and rechecked my spam folder to be sure. They just arbitrarily removed the app with no warning,” Carpenter said. ”The message they sent me simply referenced the ‘spam’ provision of the Google Play terms and did not specifically call out what my transgression was.” Even with a changed name, the app was not allowed inside the Google Play Sore.

Other developers have also chimed in, revealing that their own Flappy Bird clones were rejected. Meanwhile, Flappy Bird clones that have been approved in the previous week, quickly overtaking the App Store, are still available for download.

Unofficial Flappy Bird copies are still around, including web-based apps that let users play the game – a Sesame Street and a multiplayer version of the game are available – but also malware-ridden Flappy Bird “originals” for Android devices.